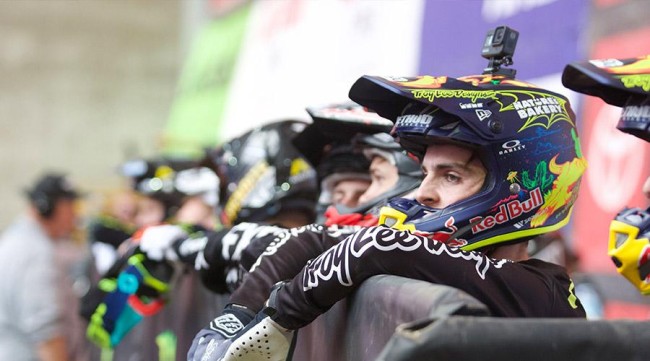 Perfect Roczen: Things couldn’t have went better for Ken Roczen at Glendale. After being passed by Tomac for the win at A2, Roczen returned the favour in the first main at Glendale, passing Tomac early and withholding big pressure to win the first main event. The second two were easier as Roczen made a play for the lead early and controlled the race with Tomac having to play catch-up and indeed going down in the final main as he rushed his first lap with Roczen up front. This was a huge win for Ken and immediately stopped any momentum his title rival Tomac was hoping to taking advantage of as Roczen and Tomac appear to be establishing themselves as the guys to beat in this championship.

Webb and whoops: Cooper Webb was good everywhere except the whoops at Glendale and it killed his chances of a podium. A terrible start in race one didn’t help matters but even with good starts in the next two races, Webb was a sitting duck in the whoops. Usually Webb finds a way to jump through them, but at Glendale for most of the night that wasn’t possible and it hurt Webb big time!  It is something they need to correct quickly to keep him in this title hunt. The defending champ is fifth in the championship, 20 points behind points leader Roczen.

Three mains proving tough! After Chris Blose went down in the whoops and forced a restart of the third 450, main, only 18 riders lined up again as the crashes and exhaustion began to take it’s toll on the competitors. While the three mains gives good value for money for the crowd, it is proving tough for all the riders to make it to the gate and the end of every race!

Forkner bounces back: Austin Forkner bounced back in style after his big crash at A2 to go 1-1-3 and win the 250 class in Glendale and, after Justin Cooper crashed in both the first two mains, it means the championship has really tighted up again in the 250 class. Forkner is now 4th in the championship just ten points behind championship leader Cooper. But spare a thought for Christian Craig, who after being taken out last week, took third in the first main then crashed out of race two and couldn’t take part in the final moto! It’s been an awful start to the year for Craig, who, despite having top three speed every week, isn’t getting any reuslts on paper to speak of and not all of it has been his fault.