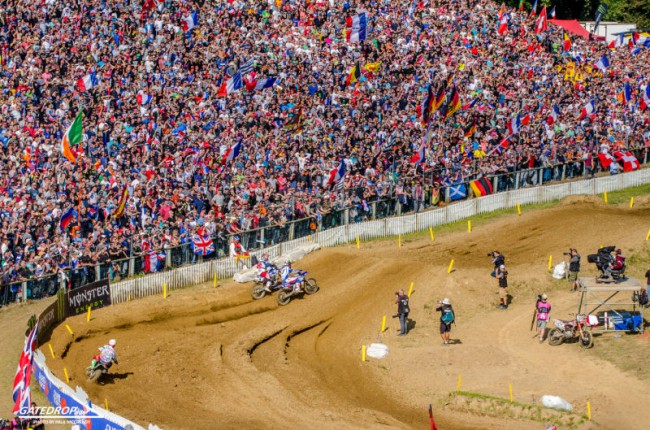 We take a look at some of the MX2 riders that impressed during the first round of the championship that took place at Qatar!

Dylan Ferrandis – I am not surprised that Dylan finished second overall as he went 2-2 behind Herlings. However, I was surprised to an extent of how close he was to Herlings speed all weekend! No doubt the talent has always been there for the Frenchman but that is probably the first time he has ran with a fully fit Jeffrey Herlings. Dylan will be more confident than ever now and can win some GP’s in 2016 for sure. Herlings might not get it all his own way!

Pauls Jonass – Again, I am not surprised that Jonass was able to go that fast. However, he has only been on the bike four times in nearly two months due to his thumb injury. The fact that he comfortably finished 3-3 in the moto’s is extremely encouraging. Hopefully his thumb doesn’t give him anymore trouble and he could be right with Herlings and Ferrandis once he gets in more bike time! Another rider that could cause Herlings an upset and certainly win GP’s in 2016.

Jeremy Seewer – Jeremy Seewer has always been fast but he has always lacked a bit of aggression and that has been holding him back in my opinion. Jeremy has always been doing his own thing and never had anyone work closely with him until Everts came in at Suzuki. Stefan worked wonders on Jonass before the 2015 season and he came out firing at Qatar. Jeremy looked great at Qatar even though he was suffering with an illness. He looked more aggressive and you can tell that is something himself and Everts have worked on. In the first moto he passed Dylan before dropping back but it shows he has the speed. He will definitely be one to look out for as the season progresses

Brent Vandoninck – I find it hard to believe that Brent has only been back on the bike for a few weeks! Brent injured his ACL during the 2015 season but continued the season before getting an operation. Brent finally got surgery at the end of September. He has only been on the bike for a few weeks now but there is clearly nothing wrong with his speed – the weekend started great for him as he went fastest in free practice. Unfortunately, he suffered a nasty crash in timed practice but thankfully the Belgian escaped injury. He suffered from bad starts all weekend but went 8-4 in the moto’s for fifth overall. As Brent keeps getting more and more bike time he will only get quicker so don’t be surprised to see him at the very front very soon.

Samuele Bernardini – The weekend didn’t start great for Samuele as he had a very average Friday. However, his starts were great on race day and with a great start he digs deep and learns from the faster guys in front of him. Samuele seems to fade during the last ten minutes of the moto’s so he still needs to improve his fitness. Eighth overall is a fantastic result for the Factory TM rider – I wouldn’t have expected that before the first round. If he can keep those sort of performances up it will be a brilliant season for the Italian.