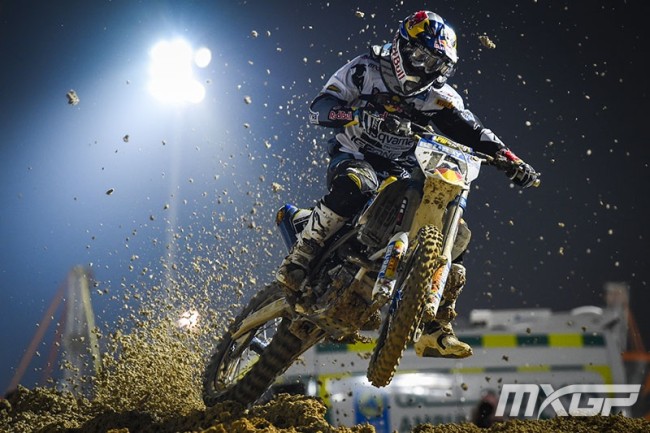 Well, the first GP at Qatar is now over and there were plenty of surprises! We will now have a look at the riders that surprised at the first GP of the year.

Julien Lieber – Honestly I went to bed on Friday night a little disappointed with Julien’s qualifying result as I felt he was capable of better and he certainly didn’t disappoint on race day! In the first race he started seventh and worked his way up to finish third, it looked like at one stage he could win the race! It was great watching him come through the pack as he was really aggressive and already looks at home on the Yamaha.

In the second moto he finished a strong second to get a great second overall, who would have thought that before the weekend? He has set the bar high… Will he be able to consistently get on the podium? Time will tell but he looked awesome this weekend!

Pauls Jonass – Pauls got great starts on which was his GP debut for factory KTM, a lot of pressure to deal with! He led the first four laps in the first race and looked quite comfortable out front until Herlings made the move. After fifteen minutes he started to fade and ended up ninth… he isn’t used to running at the front so he needs to get used to the intensity. In the second moto he had a better ride and finished fourth, only ten seconds behind the winner Herlings! I feel there is a lot more to come from the Latvian and when he gets used to running at the front he will be an even better threat and he will get some podiums.

Dylan Ferrandis – Dylan was very very fast this weekend, he certainly made Herlings work for the win in the first moto and was close to him in the second moto before he crashed. After his crash in the second moto he went back to eleventh but charged to fifth. It was very impressive speed from Dylan this weekend but very typical of him to crash, if he can cut down the errors he could be the second main guy in the class behind Herlings.

Even though Herlings did amazing to win both moto’s after just being back on the bike two weeks is that really surprising?

Max Nagl – just WOW! Max was pretty much unbeatable this weekend… He led every lap of both moto’s and never looked in danger of throwing it away. Who would have thought before the weekend he would have won both moto’s and so easily?!

After the first round of the Italian championship Max hurt his rib and hasn’t been able to train properly which means he probably has even more speed if he needs it… will he be able to replicate it at Thailand next week? It’s going to be interesting to see, that’s for sure!

Romain Febvre – Yamaha really have signed a gem in this kid, his first race in MXGP after moving up from mx2 and he gets a sixth overall; he didn’t exactly get great starts either! Who would have thought that Febrve would have passed Villopoto and pull away from him before the weekend? Romain is the real deal and he will keep getting quicker as he gets used to the 450… I wouldn’t be shocked if Romain won a moto this year, he is that good!

Glenn Coldenhoff – Glenn is riding with two broken toes and managed a tenth in the second moto; that really surprised me and he could hardly walk after the race, takes a lot of guts! This is very encouraging for him; I feel he could be similar to Romain when he is fully fit and be close to the top five, hopefully he won’t be in as much pain for Thailand but I’m sure he can’t wait for the three week break coming up.

Jose Butron – Honestly Jose was surprise of the weekend for me, eleventh overall might not seem like a great result but he only finished ninth in mx2 last year and MXGP is a lot more stacked so eleventh is a great result for the Spaniard. I saw him at the nations and he was struggling big time as Martin Barr smoked him there, he has clearly been putting a lot of hard work in before the start of the season so that is good to see!