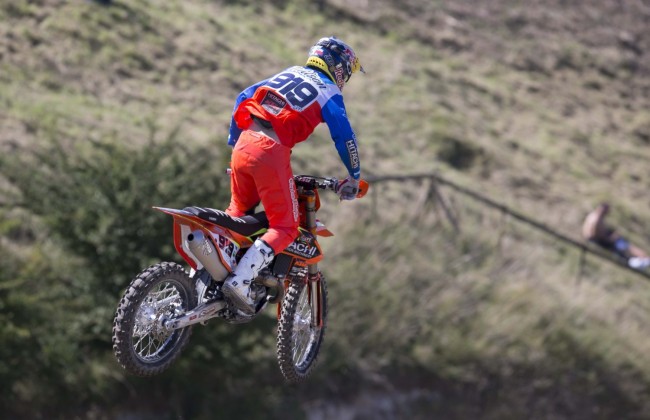 The ACU released the provisional Maxxis British Championship calendar for the 2018 season earlier today which you can see here.

However, we have noticed that some of the dates collide with some other events. For instance, the 25th March and 24th June collides with the MXGP provisional calendar. Of course the ACU might know something we don’t but if the Youthstream official calendar doesn’t change then the events will clash. The official Youthstream calendar is expected to be released within the next few weeks.

Interestingly though, the MXGP calendar aren’t the only clashes. The last round of the British Arenacross takes place in Germany on the Saturday the 10th of March with the first round the British Championship taking place the next day making that a tough one for any riders looking to compete at both!

The ACU have previously pencilled in the Vets Motocross Des Nations on the 16th September but now it looks like the last round of the Maxxis British Championship will take place on that weekend so you would expect the Vets Des Nations date to change.

Once Youthstream release their calendar for the MXGP World Championship it wouldn’t be  a surprise to see the ACU change the Maxxis British Championship dates. After all they ‘stress that this is a provisional list and may alter due to GP dates changing’.

We would just thought we would bring the clashes to your attention as there’s a very good chance the dates aren’t set in stone just yet!