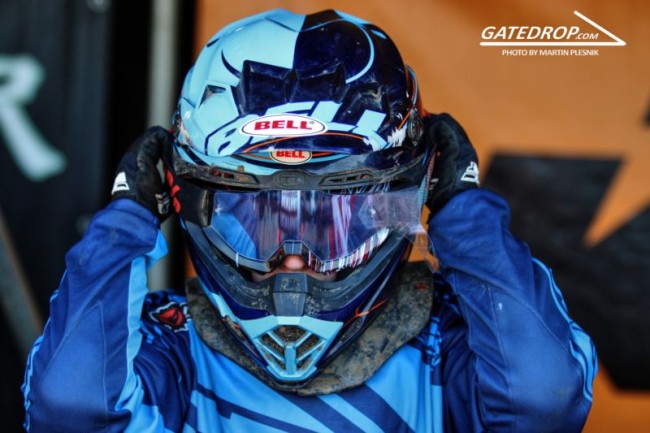 The diggers, rollers and dumps spread out the 20.000 cubic metres of sand which cover the main straight of the Assen Motodrom, shaping an atypical motocross track, 1.5 kilometres in length, 8 metres wide, and containing jumps up to four metres in height. More than a thousand truckloads of sand, brought in from a nearby military area, cover the chicane, the straight and part of the paddock in this legendary Assen circuit, bringing to life this unique track in front of the stands, used to cheer the likes of Rossi, Marquez and Lorenzo. This weekend, forty thousand people will roar, watching the world’s greatest riders in action, in this edition of the MXGP of The Netherlands.

The spotlight will be set on the possible crowning of Tim Gajser and Jeffrey Herlings as World Champions, but the race presents other points of interest. For the Spanish supporters, it will be a historic event, because it will mark Jorge Prado’s World Championship debut, who after his frustrated attempt to participate in the GP of Belgium, is fully recovered and ready to drop the gate in MX2: “In Lommel I couldn’t make the start due to a shoulder injury, and I had to rest for two weeks to let it heal. At the moment I am feeling good and was able to train for two weeks to try to get my pace back.”

The Assen track holds good memories for the Galician rider, because it was here that he conquered the last year European 125cc Championship. “It is an artificial track, but made of sand, and you know that I like the sand.  It is a tight track but in a very special place and with a huge crowd. Last year I won the first race and took home the Championship, so this year I am very motivated, although I know it will not be easy to keep up after only two weeks of riding.“

At the short age of 15, Prado will ride his KTM 250 in his first touchdown in the class where the best riders compete, looking to gain experience towards next year, when he will race the full season: “My team tells me to race without pressure and with learning as my only objective, but I always go out to give my best and I would like to do a good job and get in the top ten. I was very disappointed not to do it in Lommel due to the injury, but now it is not painful and I hope to make it through both races.”After the race in Assen, the Spaniard will travel to the United States together with his Red Bull-KTM teammates to race the last two rounds of the championship, in Charlotte and Glen Helen: “I am excited to go back to the States and race on different and much wider tracks. It will be a great experience and I will be able to say hello to all the people I met last year.”

This Sunday we will keep an eye on the Grand Prix of The Netherlands which will take place, for the second time, in the legendary Assen circuit. An ideal place for Prado to make his World debut…