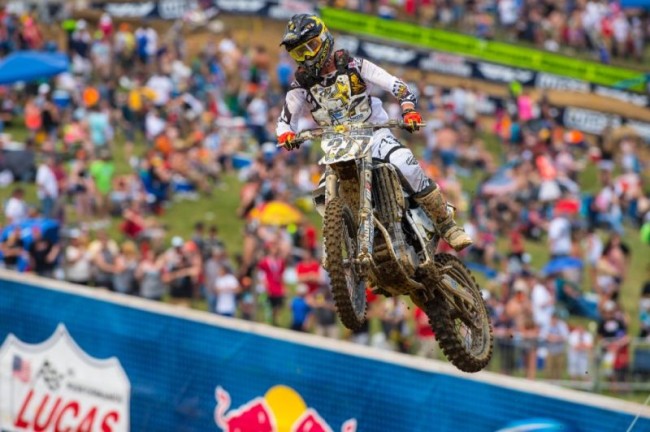 Christophe Pourcel has disappointingly announced that he won’t compete in this weekend’s USGP due to a rib injury sustained at Unadilla as he wants to be fit and ready for the Monster Energy Cup.

Pourcel said on Instagram: “Unfortunately, I won’t be racing the @mxgp this weekend. After my crash in Unadilla, I had a lot of pain in my ribs for the last two races. After the season I got a CT that showed I had cracked my rib. We decided to take the time and let it heal, and I look forward to being ready for @monsterenergycup.”