Pourcel opens up about his recovery from injury at the 2007 Irish GP – respect! 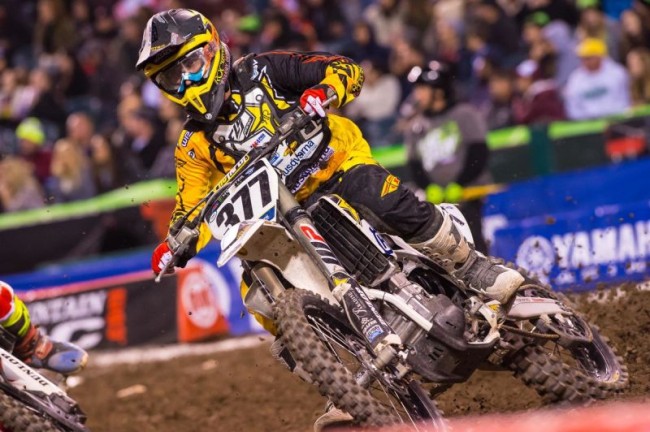 Back in 2007 at the Irish GP at Moneyglass Christophe Pourcel had an almost career ending injury.

During warm-up on Sunday morning, Nico Aubin crashed on a double jump but Pourcel, following behind, was already committed to the jump and was unable to see the yellow flag. The Frenchman landed on Aubins bike and got threw off his machine like a ragdoll. It was evident Pourcel was seriously injured and even people like Stefan Everts from rival teams ran to his aid.

It was a moment I won’t forget, and when you read what Pourcel went through in the next few months, it makes it all the more remarkable that he managed to get himself back to the top level to win races and titles again.

Speaking on a question and answer session on US website Vital MX, Pourcel opened up about the struggles and pain of coming back from that injury at the Irish GP.

Christophe Pourcel: A lot of you are asking so i will put it in one post. My injury in 2007, I broke my sacrum and had the syndrome de la queue de cheval, or cauda equina in english. It means being paralyzed from waist down to upper legs, or like the saddle area. I had a big edema on the nerve where I broke the sacrum and some damage on the nerve, they opened me up and cleaned up the edema as much as they could and hope for the best. There was 80% chance that i would not regain feeling, use the restroom without help, or be able to have children. 3 month later after being laying on a bed flat, they started to teach me how to walk again, i lost all my balances. Nerve pain is one of the worst and the pain medecine were very strong. I lost about 40 pounds. I had some stomach problem because i couldnt go to the restroom so i couldnt eat much, my stomach was in pain everyday and that was hard to deal with, everyday throwin up is not a good feeling.

My parents sent me to the best rehab center in France at capbreton. They have doctors, therapists, and other athletes, it was a good place for me to recover. It was a painful experience physically, but mentally also. The pain meds were so strong it makes you go crazy, i would argue with my parents and have dark days. Im really thankful for them tho, they stuck with me and helped me through it. Its an experience that makes you never forget how lucky you are to be healthy.

Once I felt better, about a year after the crash, they let me out. I slowly started to regain function to use the restroom and my balance got better and better. I remember my first time bike on the bike still using a catheter, it was crazy. but I’m thankful to have got back as much function as i have, its not 100%, but its very close. I have to eat very healthy, lots of fiber and still take a daily laxative. I also have more lower back pain and less flexibility, or the pain comes quicker from certain activities.”