Pourcel hits out at American boo boys – I got booed every weekend! 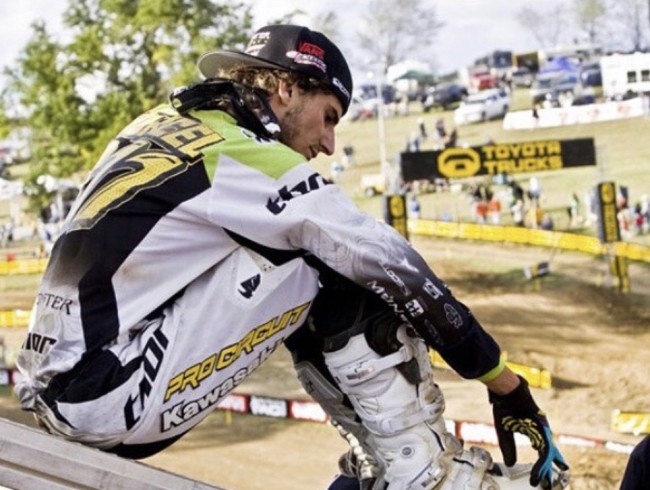 Christophe Pourcel was in a reflective mood this week, looking back at the two 250 US motocross titles he should have won in 2009 and 2010 to go with the two US 250 East coast supercross titles he won in America.

Pourcel lost the 2009 title after a mechanical issue to Ryan Dungey and then was within laps of clinching the 2010 title in the final moto of the year when he crashed and broke his shoulder, handing Trey Canard the title.

Pourcel says that crash cost him the title, $500k and a factory 450 contract but it was the boos that seemed to hurt him the most. “They just didn’t like me because I was French,” commented Pourcel.

The mercurial, silky smooth Frenchman said he got booed every week by some “jealous” American fans at the races and when Dungey won the title no-one spoke to him as he sat alone watching the 450 moto because everyone was happy that Dungey won.

But he says was appreciative of the US fans that did support him along with the riders who he said used to watch videos of him to improve themselves.

Pourcel, alluding to the fact he as misunderstood in the States, said: “Off the track we are all special people to be the best we can be, we all sacrifice so much, some are quiet, some like to post everything on social media. I was very quiet, all I wanted to do was win and achieve my goals.

“All I ever wanted to do was win one world championship and one US title. I am so proud to have done it and we are only a few riders that have accomplished that.”

Read his lengthy posts in full below: