Pourcel and Davalos OUT for Toronto! 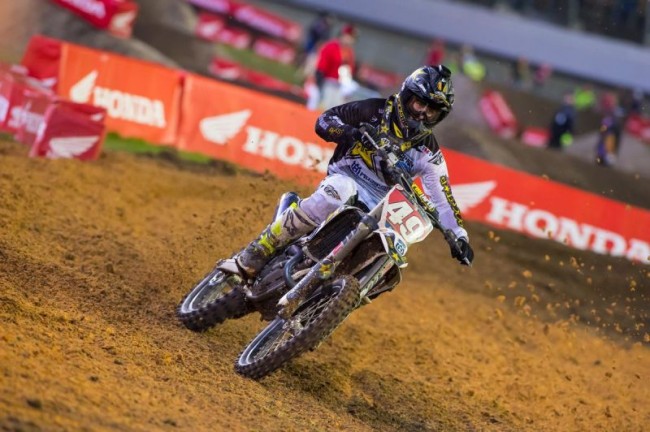 Amazingly Martin Davalos the championship leader will not participate in round three of the East coast 250 championship because he can’t get into Canada!

Christophe Pourcel will also miss the Canadian round due to a small practice injury.

Husqvarna said: Rockstar Energy Husqvarna Factory Racing’s Christophe Pourcel sustained an injury in practice earlier this week which will require him to remain side-lined for seven to ten days. Pourcel will return to racing at the Detroit Supercross and continue to strive for the podium.

Teammate Martin Davalos unfortunately will not race the upcoming Toronto Supercross due to personal reasons. Davalos, who won the opening round of the 250SX East series and fought for the podium this past weekend in Daytona, has shown he is a serious contender for the title. The current red-plate holder will return for the Detroit Supercross in hopes of continuing his chase for the 250 East Supercross Championship.