Pourcel and Anderson extend their deals with Husky 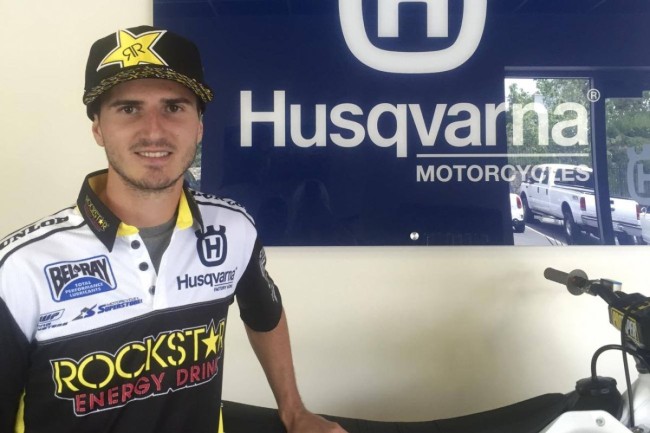 Rockstar Energy Husqvarna Factory Racing is pleased to announce the extension of Jason Anderson’s contract through 2018.

His proven ability during his 450 rookie season was highlighted with continued successes in Supercross, as well as AMA Pro Motocross Championship Series.

“I’m very excited about this opportunity with the Rockstar Energy Husqvarna team”, said Jason. “To have my deal go through 2018 makes it easy for me to focus on the goal of delivering results, and nothing else,” he continued.

Anderson has contributed to the thriving team dynamic and overall success of the team. Team Manager, Bobby Hewitt, speaks highly of Anderson, stating “Jason and I have built a great working relationship and we feel the same way about what we want to accomplish together.”

Rockstar Energy’s Marketing Director, Mike Kelso, shares his excitement, “I couldn’t be happier that I get to watch my longtime friend and Rockstar Energy athlete, Jason Anderson, continue to carry the Rockstar flag into the future.”

In addition, Rockstar Energy Husqvarna Factory Racing is equally as excited to announce the contract extension of the team’s newest member, Christophe Pourcel, through 2017. Husqvarna Head of Motorsports, Robert Jonas explained, “Having Christophe compete alongside Jason in Supercross is an important step forward. Christophe is a highly skilled racer, with championship winning experience to match.”

Since signing with the team in April 2015, Pourcel has challenged the top contenders and has had close battles, even landing on the podium. His time off proved not to be a factor as he makes a strong comeback to the world of motocross. “I truly believe he has found his home with Rockstar Energy Husqvarna Factory Racing,” said Bobby Hewitt. “Christophe Pourcel has not only proven to be a team asset on the track, but has also become an intricate part of the overall positive team personality at Rockstar Energy Husqvarna Factory Racing,” commented Mike Kelso.

Christophe enthusiastic, stated “I’m really excited to continue with the Rockstar Energy Husqvarna Factory Racing team and look forward to starting my 450 Supercross career. I am also looking forward to racing the new 2016 Husqvarna Motorcycles and bringing even more success to the brand and team.”

“Continuing to work with both Christophe Pourcel and Jason Anderson throughout the 2016 Supercross and Motocross season is something Husqvarna is very pleased about. Both riders delivered some great results during the 2015 450 motocross championship. With the support of the Rockstar Energy Husqvarna Factory Racing team, we have big hopes for what Christophe and Jason will achieve next season,” Robert Jonas elaborated.

At the conclusion of the 2015 AMA Pro Motocross season, Pourcel finished 5th in points and Anderson 6th in points. Both riders will transition to the newly redesigned model year 2016 Husqvarna FC 450 and prepare to battle the field at the MXGP of USA, to be held at Glen Helen Raceway on September 20th, 2015.