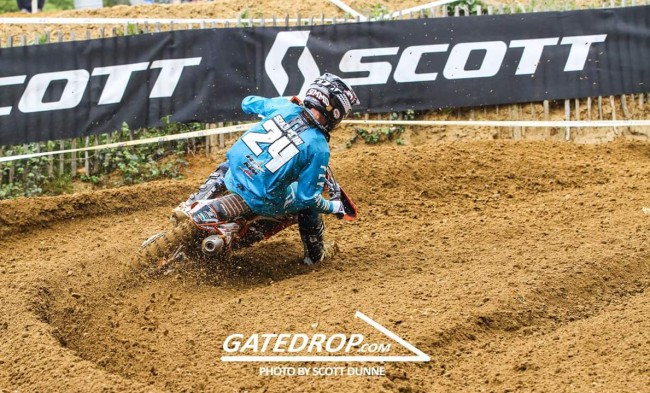 Shaun Simpson was involved in the big first turn crash that claimed half the field in a red flagged first MX1 moto of the British Championship at Blaxhall.

The tough Scot braved the pain of a possible right hand fracture and lined-up for the restarted first moto and race two going 7-4. Simpson lost the championship lead to Tommy Searle, however only sits five point behind his title rival.

Simpson says he will get an X-ray on his hand and provide a further update once results are known.