Pootjes returns to action this weekend! 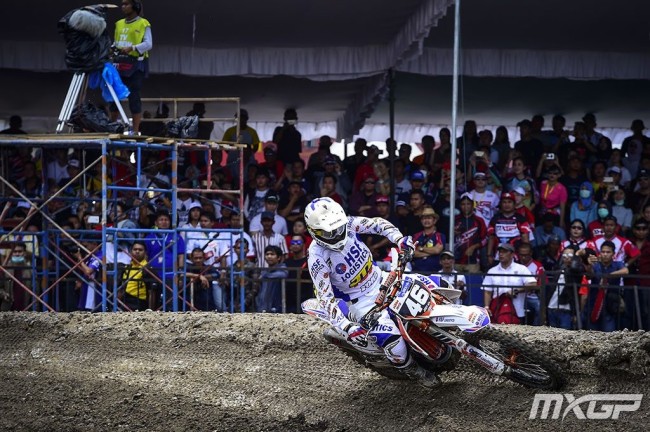 We will finally see Davy Pootjes make a return to racing this weekend at the MXGP of Switzerland. Pootjes has been back on the bike for three/four weeks and could have made a comeback at Lommel but it was decided to wait an extra week.

The talented Dutch rider had an operation on his shoulder earlier in the year which ruled him out of action. In the past Pootjes has rushed back from his injuries but this time he decided to make sure he’s ready before making a competitive return to racing.

The HSF Logistics team will have all three of their riders present in Switzerland this weekend as Pootjes will join Brian Bogers and Calvin Vlaanderen in the awning.

Hopefully Pootjes can stay fit for the rest of the season and we can finally see what he’s capable off in the MX2 World Championship.