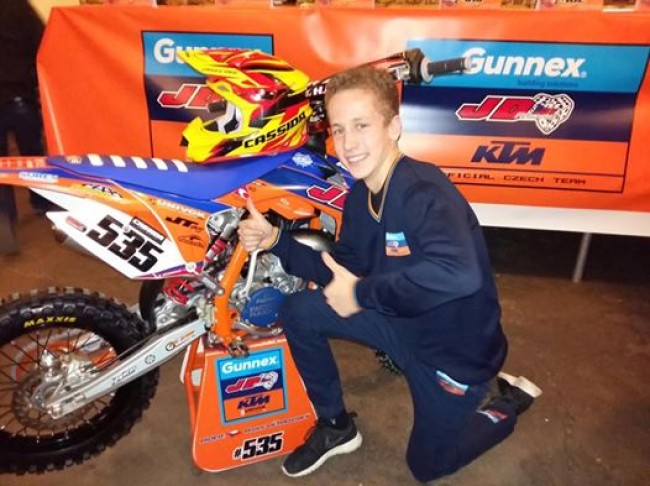 The talented Czech rider, Petr Polak has announced his plans for the 2017 season after competing his rookie season in the EMX125 class this year. Polak moves from the DIGA Racing KTM outfit over to the JD191 KTM team for next season which is a team that tries to help bring through the young talents.

Polak had some good races throughout the 2016 season battling for in and around the top ten at times, he finished the series in nineteenth. However, he should be much stronger next year now he has a rookie year behind him. Don’t be too surprised to see him battle for top five results at times as he is a rider with plenty of potential and should only continue to improve.

Petr Polak: “I decided to make this switch because JD191 KTM have good bikes and have a good value. I would like to thank my trainer, Jan Fronek and my sponsors for making this deal happen”.