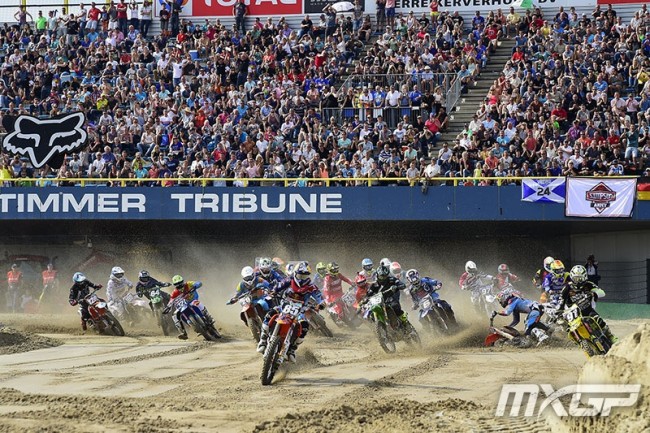 The Motocross Grand Prix Commission adopted by a majority the following changes to the 2016 Regulations:

Riders will have the possibility to use a second motorcycle after the sighting lap.In the event that a race is stopped after at least two laps have been completed and before 51% of the racing time has elapsed, there will be a re-start from the pit lane. Riders will start in order of their positions in the lap preceding the stopping of the race. The race will be continued for the time remaining at the moment the leader completed the lap preceding the stopping of the race. The MXGP and MX2 Qualifying Races will not only decide on the starting positions for the Races but also award points (Position 1: 5 points; pos. 2: 4 pts; pos. 3: 3 pts; pos. 4: 2 pts; pos. 5: 1 pt). The overall winner of the event will be the rider who gained the highest number of points after the points from the Qualifying Race, Race 1 and Race 2 have been added, irrespective of the number of Races he finished.