Beirer on Cairoli – we are planning a farewell tour! 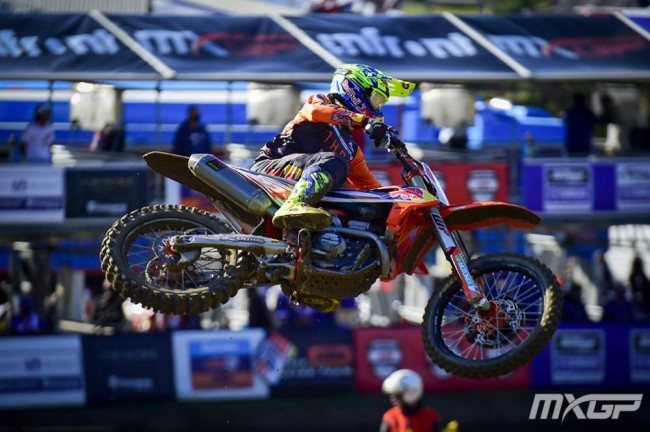 Pit Beirer believes 2021 could be Tony Cairoli’s last season in MXGP and wants it to be a farewell tour for the legendary nine-time world motocross champion.

Cairoli, despite being 35, was very much in the world title hunt in 2020 until a crash at Mantova broke his nose and hurt his momentum along with a nagging knee injury that he has now had surgery on. But 2020 still showed the speed and determination of the remarkable Italian.

Beirer told Gatedrop.com: “The outlook is very clear, we are planning a pretty fantastic farewell tour for Tony, it could be his last season next year. With Tony it’s not only about winning, he did so much for our brand, he trusted in the days when we went to the 350, nobody saw that bike before, he decided to come with us and he won five title in a row with that bike. Still now the structure around him the team base, the track they have down there, they bring so much with the bike development and still Tony is also very important for our company to make the bike better every day.

“I think this coming season will be a mix of giving him the chance to finish his career not in a stupid Corona year but do it in a proper way, his last GP must be a GP with a lot of fans and not alone. He will definitely put his his signature on a brand new motocross generation that we will bring the year after so also there he will be heavily involved. He will be more than busy next year.”

If you want to see one of the greatest riders of all time, one last time, make sure to get to a GP or the MXoN next season!