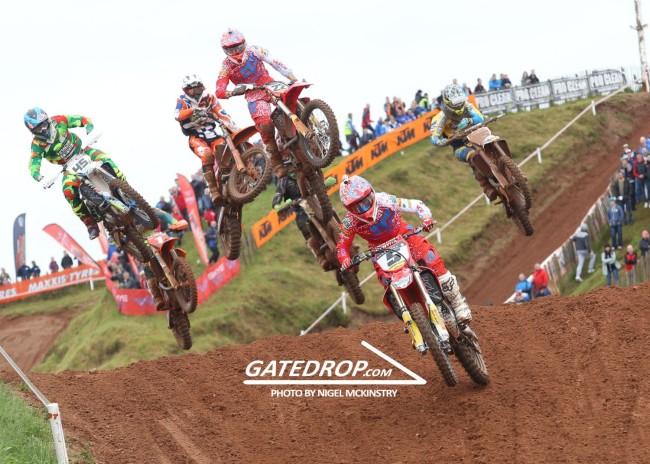 Buildbase Honda dominted the fourth round of the Pirelli British Masters championship held at Preston Docks.

Graeme Irwin and Kristian Whatley both proved too strong for the other competitors and went 1-2 in both the moto’s. Dan Thornhill had a solid day and ended up sixth and fifth in the moto’s to round off the podium in the MX1 class.

In the MX2 class it was Bryan MacKenzie who took glory as he was the first MX2 machine across the line in both the moto’s. He won the overall from Martin Barr and an ever improving Brad Todd.