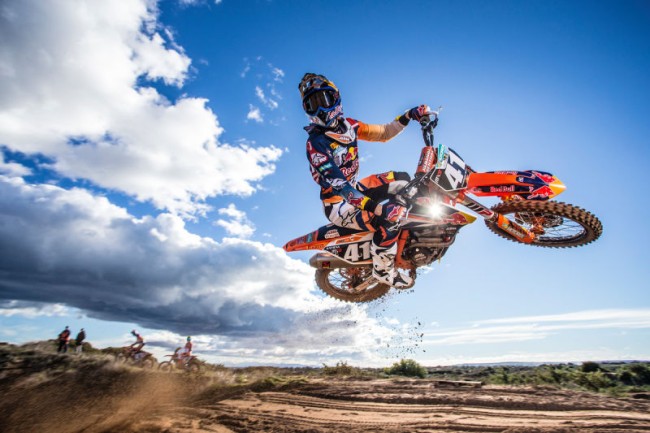 Pauls Jonass is not ready to compete at Valence so is forced to miss the International race that is taking place this weekend. It looks like Pauls won’t get a pre-season race in before the start of the MX2 World championship that starts at Qatar in two weekends time.

Pauls states that “it looks like my first race of the year will be in Qatar”, which means he could be a doubt for the opening round of the Championship but lets hope he can make it to the start line!

With recent news on Antonio Cairoli not racing in Italy this weekend it has not been a good pre-season for Factory KTM and it looks like two of their riders won’t be 100% healthy for the opening round!

Pauls posted the following message on his Facebook page, “I’m really disappointed to say that but I’ll not be racing this week in Valence. My thumb is still not healed properly and so far it looks like my first race of the year will be in Qatar”.