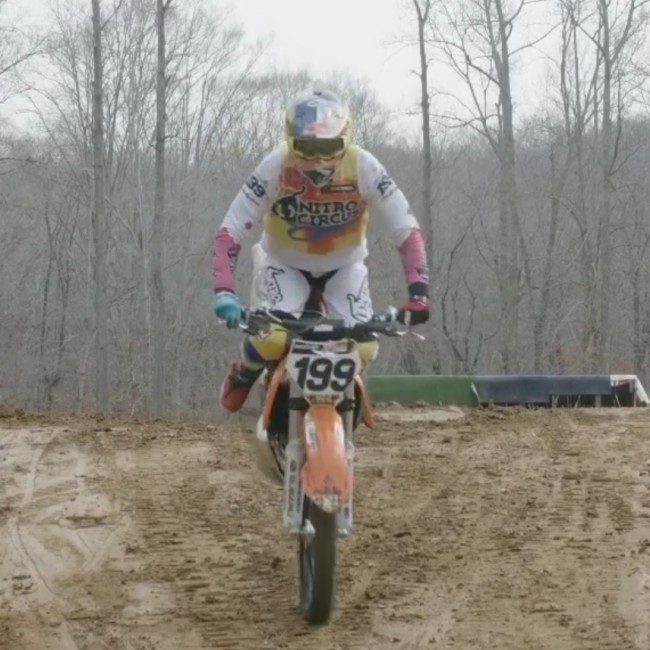 Travis Pastrana has made a sensational switch to KTM after a lifetime on Suzuki!

Pastrana says the modern two-strokes available with KTM meant a 28 year association with Suzuki would have to come to an end as the yellow brand haven’t brought out a two-stroke in nearly 15 years.

It will take a bit of time to get used to seeing Travis on orange!

Huge thanks to the man himself, Roger Decoster along with Ian Harrison and @morais116 for helping me with some new 250cc 2 Strokes! I’ve practically bled yellow for the past 28 years and I’m thankful for every day with Suzuki.. But with RM 250’s being discontinued close to 15 years ago, it’s been getting harder and harder to find bikes and parts. It was time for me to either go 4-Stroke or switch colors. Thanks to @motoduff #massive and @trevorpiranha for making the call… Long version video from my first day on @ktmusa link in bio. Shout out to @timmontana for clearing #americanthread for me to use in the piece! #pastranapiranha2020 #2Stroke #merrychristmas #christmascameearly #mdwreckingcrew @nitrocircus @canvas_mx @alpinestars @bell_powersports @evssports @redbull PS, This was to an airbag but what do you think about that 28 foot tall ramp? Old guy on a stock bike, double flip Superman on jump 1 ✅