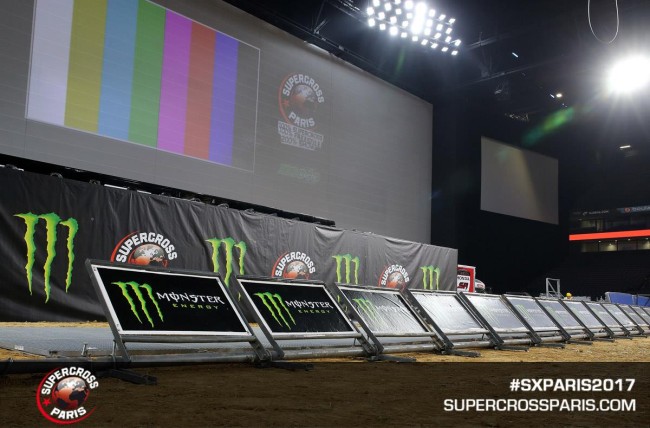 It’s a big weekend in Paris with a new AMA supercross style stadium hosting the re-vamped version of the famous Paris supercross.

The new U- Arena the home of French rugby team Racing 92, will play host to the biggest supercross in Europe and welcomes a host of AMA supercross stars including France’s own Marvin Musquin.

Musquin has positioned himself as one of the favourites for the 2018 supercross title and will see racing in Paris as the perfect warm-up but he has some tough competition.

Cole Seely is back after recent thumb surgery and the smooth Californian supercross specialist will just need a start to paly a factor on both nights. Then you have Dean Wilson, the Scot has been in great form this off-season and is coming off a win and a second place just last weekend at the Aus-X open.

Zach Osborne, the 2017 250 East coast champ, will step up to a 450 as he gets his feet wet for a full-time 450 season in 2019 and can never be discounted, The American’s aggressive riding style will no doubt entertain the fans and put the other riders on high alert!

Jeremy Martin is known as an outdoor specialist but the two-time US 250 MX champ did get second in the 450 class at Daytona so it will be interesting to see how he adapts to the 450 on a tighter supercross circuit.

Then you have the local French flyers including Cedric Soubeyras, UK AX champ Thomas Ramette and MXGP rider Jordi Tixier who will make his BOS KTM debut.

It all promises to be some great racing and entertainment one what is basically a full scale AMA style supercross circuit!