Osborne on the title decider at Pala: It’s all to play for! 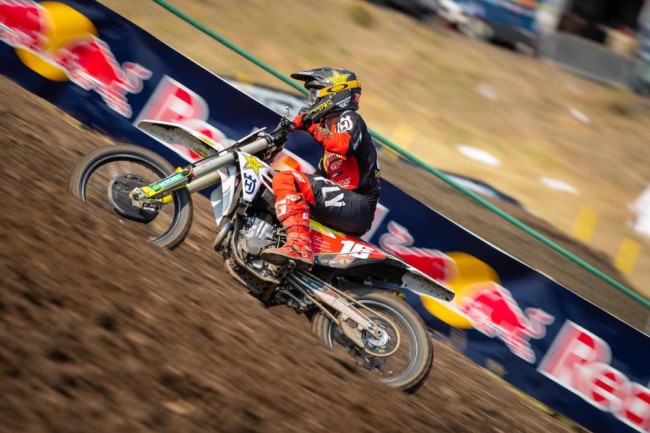 Zach Osborne is on the eve of potentially winning his second AMA outdoor title – and he seems pretty calm about the situation!

“It’s all to play for next weekend,” admitted the former British champ, before acknowledging his satisfaction with his points haul in Colorado. “Today was a good day, as far as the points go. that second moto was pretty pivotal for me to make the pass, that was a four point swing. I’m happy where I’m at heading into Pala.

“I haven’t been in California for outdoors since Pala last year, next year maybe I need to do a little bit more time there on some harder dirt and flatter conditions,” he conceded when it came to his performances on the harder pack so far this season.

On his strategy for Pala, Zach says is focusing on executing his starts: “I think 24 points is healthy the main thing is just getting two good starts, I know that’s super cliché, but its just a much better situation. I’ll go there and try to execute two good starts and try my best to win this title…”

Osborne’s title rival however won’t be giving up and wants to go 1- at Pala to keep the pressure on, Adam Cianciarulo said: “Once you win that’s all you want to do, that’s kind of where I’m at now. It’s 24 points so it would be very far fetched considering how well Zach has been riding and how consistent he has been but I think it’s important mentally to believe that i am still in it.

“I know in this sport, trust me I’ve been on the other end of it, anything can happen. So, just keep an open mind, go out there and try to go 1-1 and hope all hell breaks loose!”

So, one round to go, 24 points in it and Adam Cianciarulo and Zach Osborne are ready to give it their all one last time in 2020!