Osborne – no return to MXGP 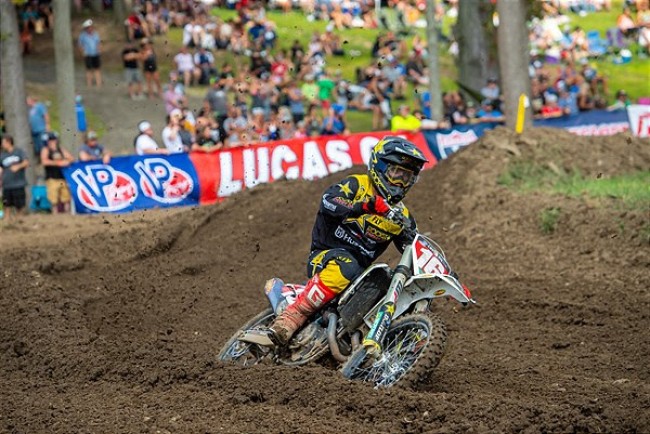 450 US National points leader, Zach Osborne, says that while he has in the past wanted to come back to MXGP, that time has gone and he is planning on staying in America – but doesn’t rule out doing a one-off race!

When asked if he wins the 450 US Nationals he would think about returning the GP’s, Osborne commented: “No, (laughs). I am way too old for another transition back to the other side of the pond. I don’t think that’s on the cards, unless there is something I don’t know about from the team, but I don’t think so.

“I used to have a big itch for just to go back and do a year or two of GP’s but man, it’s so tough right now there, the level is high. It’s high here too but to go back and take my whole family and transition back to living in Europethat would be tough.

“A one-off GP would be okay but to do it full-time, no way,” asserted the friendly American who won a GP and a British national championship during his successful five seasons at world championship level before heading home to the States to become a US motocross and supercross champ.

Osborne of course spent three weeks back in Europe to prepare for the MXoN at Assen last year to give him an idea of what it would like and, although it was a tough day in the Dutch sand, it would be interesting to see how Osborne would perform at a one-off race Grand Prix, schedule permitting!