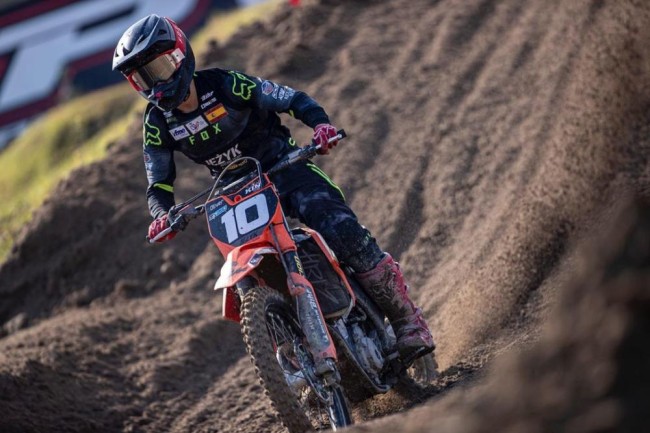 Young Spanish talent, Oriol Olivier had a solid season as an EMX250 rookie finishing sixteenth in the series. The consistency wasn’t always there but Olivier had some good speed and could be one to watch heading into 2021.

On Sunday, the Spaniard will make his MX2 World Championship debut at Arco di Trento. Even though there’s three events, Olivier will only ride on Sunday to end the season – it’ll give him a taster of what racing the World Championship is like.

“It is good to know that this Sunday I will finally have the opportunity to debut in a world championship race at a circuit that is something special for me. Let’s enjoy and give my 100%”, Olivier stated.