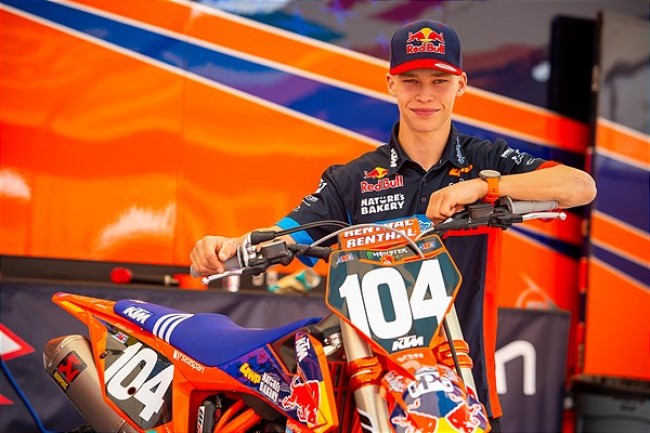 Troy Lee Designs/Red Bull KTM Factory Racing’s Brian Moreau suffered a major crash during Saturday’s Free Practice session at the seventh round of the AMA Supercross Championship in Tampa, Florida. The French rider was immediately rushed to a nearby hospital where he underwent surgery to repair a fractured vertebra in his neck. Moreau is in stable condition at this time as he awaits further information from doctors.

The Moreau family released an update on Sunday morning via social media stating: “Hit in the vertebrae, Brian had surgery last night at Tampa hospital. Surgery is good and Brian woke up. He is currently in intensive care but doctors will not be able to decide on his condition in several days…Brian is a very brave and strong boy and is aware of everything!”

TLD/KTM Team Owner, Troy Lee: “Brian is a very tough kid and we know he will tackle this injury and do whatever he can to make a full recovery. Everyone at Troy Lee Designs and KTM are fully supporting his recovery every step of the way. I want to also thank both Marvin and Mathilde Musquin for all the support they have given Brian from the very first day he showed up in California. Mathilde has been at the hospital with Brian since his crash and has been amazing to work with during this difficult time.”