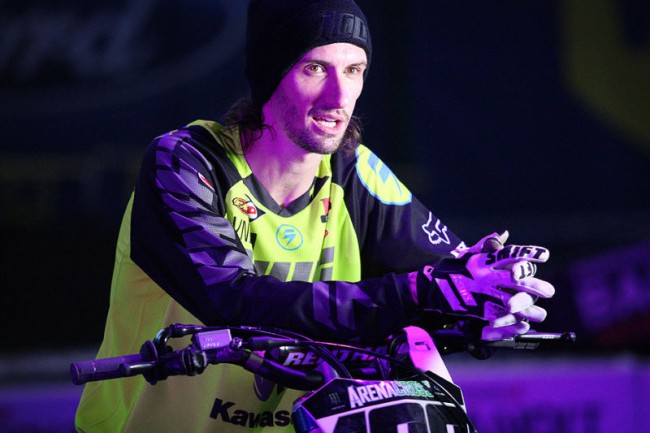 The Monster Energy Arenacross Tour approaches the halfway point, of the 2016 series with the news that American rider Josh Hansen will not contest the remaining rounds of the championship.

For reasons of his own, the recently dropped Monster Energy athlete has pulled out of the sixth round of the series which is being held at Birmingham’s Genting Arena today, the 23rd of January, with the seventh round scheduled for tomorrow the 24th of January 2016.

Commenting on the rider’s departure, Arenacross promoter Matt Bates said; “It’s sad that the series wasn’t for Josh, but that’s just the way things sometimes go. I thought he was a really nice guy that gave his all to every race he lined up for, and I can only be very grateful for that. The Arenacross Tour is of course about more than just one rider, and we have a host of amazing, talented and loyal riders and teams competing in the championship – I can’t thank them and their managers enough for the commitment they have showed me over the years. I am one hundred per cent confident that, with the exceptional level of riders we have, some of whom may be underestimated, Arenacross will continue to grow in Europe.

“We wish Josh all the best in whatever he decides to do in the future and hope he enjoys the rest of his time in the UK”.