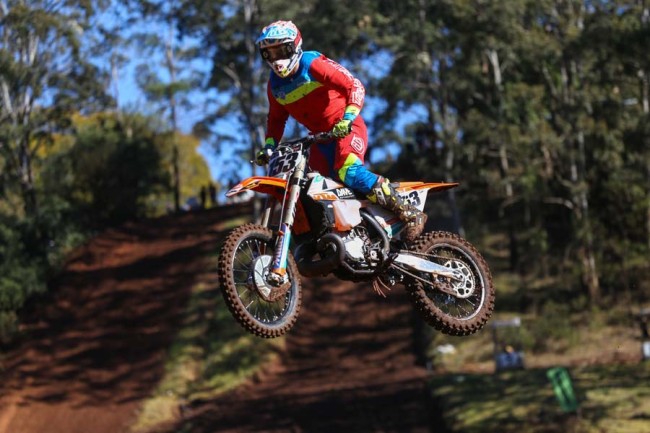 New Zealand’s MXoN team member Rhys Carter has unfortunately broken his collarbone and as a result will be unable to compete at the prestigious event at the of September in England.

Carter posted a picture of his snapped collarbone on Instagram and spoke of his disappointment at missing the biggest race of the year:

Absolutely guttered 😔😔 had a practice crash yesterday braking my collarbone pretty good. Unfortunately this will put me out of the MXON this year which hurts just that much more. Good luck to the boys you will smash it 💪🏼💪🏼 #broken #out #goodluckNZ #mxon #rollercoasteryear #sorrybois

Consequently CML KTM’s Hamish Harwood has been drafted as a replacement, Harwood has won motos this year in the Aussie MX2 Nationals and is currently fourth overall but he also raced the MX1 class on the same day and holds 15th in the standings!

Harwood will join Cody Cooper and Josiah Natzke on the team.