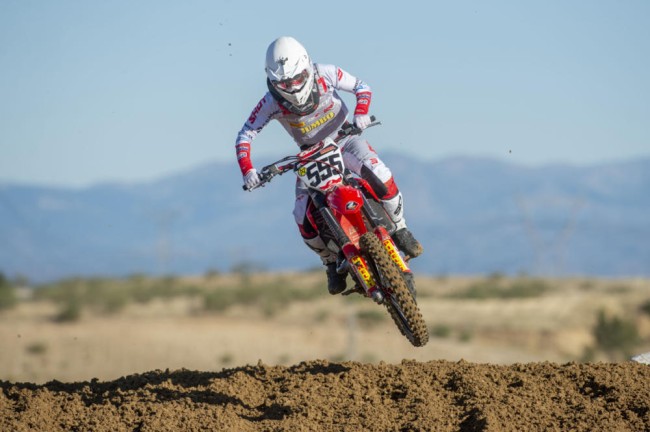 In mutual agreement with his JM Honda Racing team Artem Guryev (24) has decided to sit out the final MXGP triple header in Trentino. Consecutive injuries and the short time for recovery in between events have demanded their toll on the former Russian MX2 runner up.

Artem wasn’t 100% up to fitness going into the three Lommel events but suffered another get-off  in the final moto on Sunday. Artem Guryev: “I hurt my wrist pretty badly and trying to catch up to the other guys while you’re recovering is definitely not the best option. This is why we decided not to line up for the races in Pietramurata.”

JM Honda Racing will be heading to Italy with Dylan Walsh and Benoit Paturel where the first round on the Arco di Trento track will rake place on Sunday 1st November.