No date set yet for Herlings MXGP return 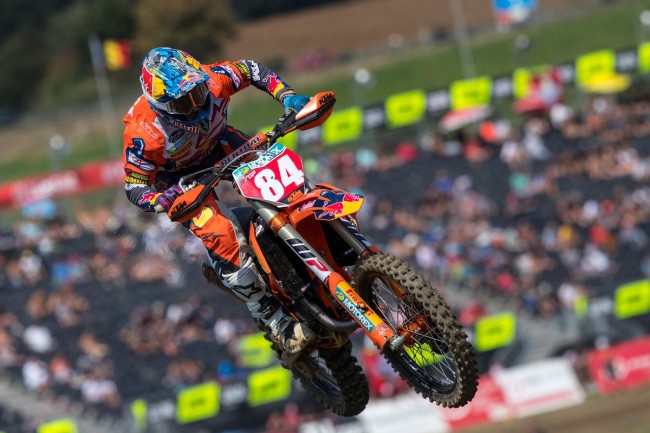 MXGP World Champion Jeffrey Herlings is slowly making his way back to fitness in order to be able to contest a Grand Prix as reigning #1 for the first time this season. The 24 year old has been recording small, recovery motos on his Red Bull KTM 450 SX-F but claims he is still not in condition to consider MXGP action.

Herlings suffered multiple fractures to his right foot in January and underwent surgery that required a three-month convalescence, essentially ending his aspirations of a 2019 title defence. “I’m basically riding myself back into shape but it is taking time,” he said exclusively. “Sometimes my foot is a bit swollen and painful after riding, but it’s strong enough and it is all part of the recovery. I have to listen to what my body is saying.”

The Dutchman will almost certainly miss the last of the current ‘three Grands Prix in a row’ this weekend at St Jean D’Angely in France but will then have two weeks before another consecutive run of fixtures in Russia, Latvia and Germany: it is expected that #84 will join Red Bull KTM teammates Tony Cairoli, Jorge Prado and Tom Vialle in this period.

“Obviously I want to come back when I am ready for racing, but then I also need to come back to actually start racing and build up,” he said. “I know I won’t return and win because the guys are pushing hard and have the rhythm of regular racing but I hope it won’t be too long.”