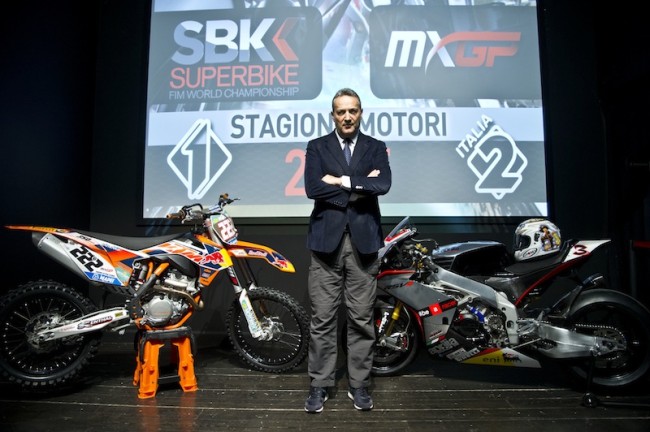 Fox International channels sports business for Asia with an English language service in China for hotels and compounds, the company shares a joint venture in Korea with SBS in Korea (currently branded SBS-ESPN) and runs channels throughout South East Asia branded Fox Sports and Star Sports on platforms that include Starhub and Singtel in Singapore, Astro in Malaysia, Indovision in Indonesia, PCCW in Hong Kong along with numerous smaller operators.

For the next three years FOX Sports Asia will broadcast all of Youthstream’s televised events. This includes everything from the FIM Motocross World Championship right through to the Junior World Championship and MXoN. They will also allow their viewers the delight of watching MXGP-TV’s fabulous 26mn Magazine, which is a news highlights show that offers never before seen footage behind the scenes and inside the paddock of MXGP along with the highlights and all the best moments from the most recent round of racing. FOX Sports Asia will also be playing round one of the 2015 FIM Motocross World Championship which will take place on the 28th of February in Losail, Qatar LIVE on FOX Sports 3.

Entering into its second year of close partnership with North American Sport TV broadcaster CBS Sports Network, the FIM World Motocross Championship (MXGP) will benefit in 2015 of an even stronger programming schedule in USA and Canada.

For the MXGP series kicking off on the soil of Qatar on February 28th, CBS Sport Network, an acclaimed US-based authority for Sport on Television, will secure solid exposure, based on a same-day delayed broadcast for the entire season, with the last round of the year, the Monster Energy MXGP of USA, to go Live for both the MXGP and MX2 classes.

As the FIM MXGP series keeps building successful following within the North American audience, compared to last year, in 2015 its TV broadcast-times will be significantly closer to race-times for most of the championship.

The MXGP, the class that this year attracted Monster Energy Kawasaki Racing Team’s Ryan Villopoto, arguably the best American motocross rider of this era, will receive particular programming attention in USA and Canada for first ever Villopoto’s hunt of a world motocross title.

For the programming schedule, please visit:

Mediaset is all set for the 2015 MXGP season

The widely recognized Italian broadcasting service Mediaset has renewed their contract with Youthstream to broadcast the entire 2015 FIM Motocross World Championship on popular Italian television channels Italia1 and / or Italia2. New in 2015, both MXGP races will be broadcasted on Italia2 with the exception being that MXGP of Trentino and MXGP of Italy may be broadcasted on Italia1. In addition to the full season of MXGP action, the 2015 Monster Energy FIM Motocross of Nations will be broadcast LIVE.

The first race of 2015 FIM Motocross World Championship, the MXGP of Qatar, will be broadcasted on Italia 2 on Saturday 28th February at the following timing:

As an Italian based mass media company, Mediaset S.p.A is the largest commercial broadcaster in Italy. Former Italian Prime Minister Silvio Berlusconi was the founder back in the 1970’s with his family’s holding company Fininvest still holding 38.6% of the company shares.

Mediaset’s head office is in Milan where most of its studios can also be found. Although Milan provides a lot of the action for the company, it also has a further three big television production centers in Segrate, Cologno Monzese and Rome.

A great majority of MXGP fans come from Italy with the nation being home to one of the greatest motocross riders of all time, Antonio Cairoli, who will be going for his ninth FIM Motocross World Championship crown this year. With Mediaset agreeing to broadcast the entire championship for yet another year, Italian fans will be thrilled to know they can support their heroes from the comfort of their own home.