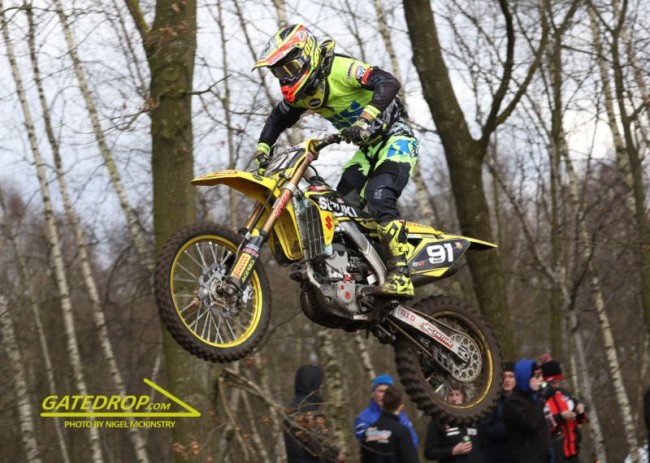 Jeremy Seewer has extended his contract with Team Suzuki World MX2 for the 2017 season.

The Swiss rider currently lies second in the MX2 World Championship having scored seven podium finishes in 11 races so far and has shown terrific speed since the start of the season. His goal for the ongoing campaign is to finish in the top three while next year the MX2 title is the aim.

“Because I’m feeling at home in the team and because the Suzuki RM-Z250 is a top-notch bike, it has definitely been an easy decision to enter the championship with Team Suzuki World MX2 again in 2017,” said the 21-year-old. “We tested a lot in the winter and the machine is perfectly set up for me. The support provided by Stefan Everts is very helpful so I am extremely delighted we will continue working together next season.”

Tomoyo Sekiguchi, President of Suzuki Deutschland GmbH, was present during the signing of the contract. He said: “Motorsport is of major significance to Suzuki and I’m very pleased we will keep working with Jeremy Seewer. He’s a highly promising athlete and his likeable personality fits nicely into the Suzuki family.”

Thomas Hannecke, Team Manager of the German Suzuki World MX2 Team, commented: “Jeremy has been a part of the Suzuki family for many years and has steadily progressed throughout that time. He’s fitting very well into the team and we´re delighted he’s giving us his vote of confidence for next year. We will do everything to battle for the world title together in 2017.”