The DIGA Procross GASGAS Factory Juniors team used the time during the lockdown to develop their paddock set-up. Up until now, the Cologne-based GASGAS Factory Juniors team has always travelled to the race events with several Mercedes Benz Sprinter vans and E-Z Up tents, but for the restart of MXGP in Latvia, the team is traveling for the first time with the team’s own semi-trailer.

Justin Amian: “It has always been my goal to be in line with the big teams in the paddock. Because we have been the official GASGAS Factory Juniors team since the beginning of 2020, we did it and all that was missing was a factory team level paddock presence. We used the forced break to make this happen and update our appearance in the paddock. I am very happy and proud that we as a team can now use the advantages of a semitrailer truck and represent the GASGAS brand and all of our other partners with a befitting appearance in the paddock.”

The adaptation of the paddock presence at DIGA Procross was actually planned for winter 2020/2021.

Justin Amian:“There was a suitable opportunity for us and we decided to go for it during the downtime. The trailer is very modern. In the front part there is an air-conditioned living area with 6 beds, a modern washroom, a seating area, a kitchen and plenty of storage space for everything that is needed on a race weekend. Furthermore, we have a large workshop in the back part, in which all motorcycles, spare parts and the materials required for a professional appearance are stored.”

As soon as spectators are again admitted to the MXGP events, the DIGA Procross GASGAS Factory Juniors team will present itself to the spectators and fans with a new look in the paddock and also offer its partners appropriate hospitality including snacks and drinks. 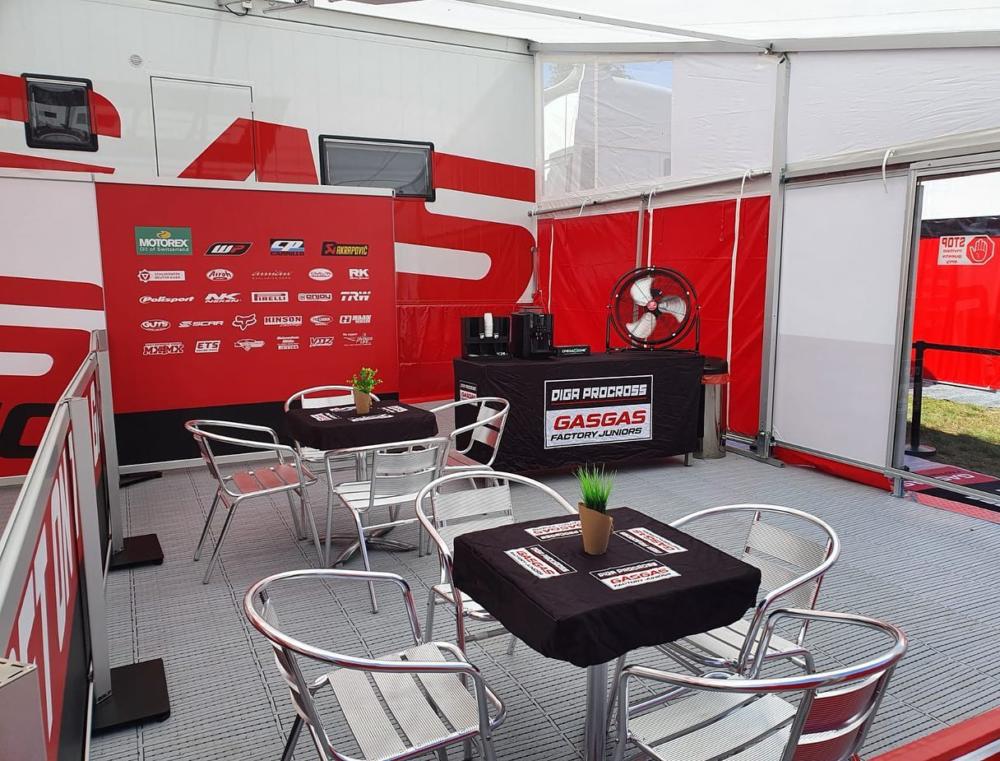 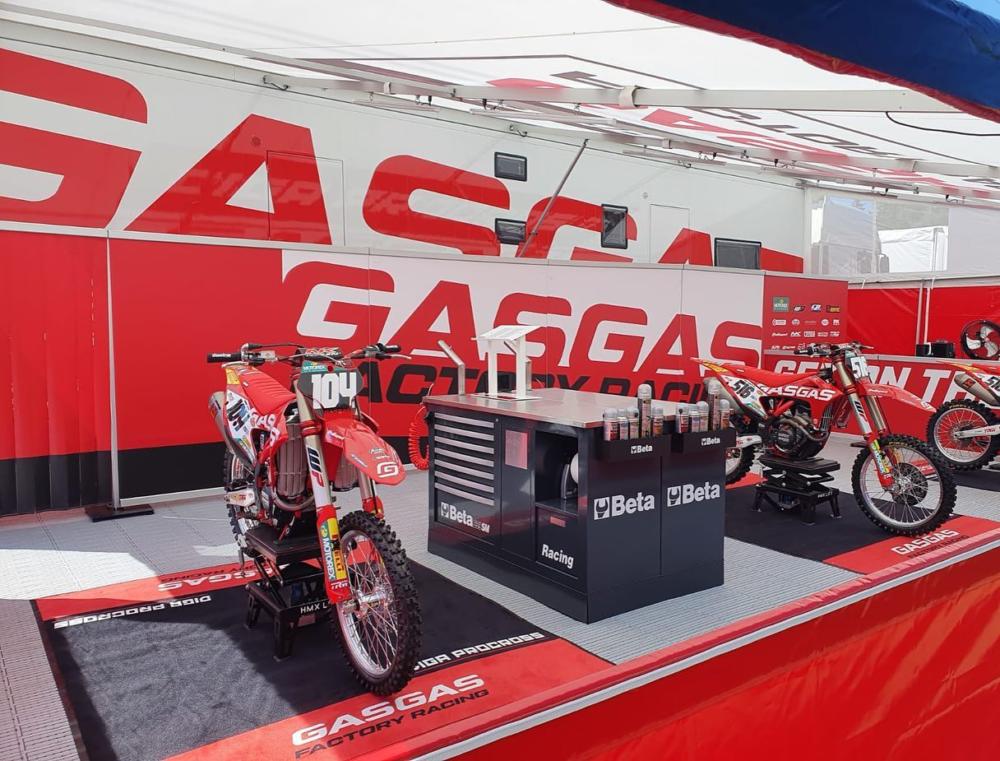 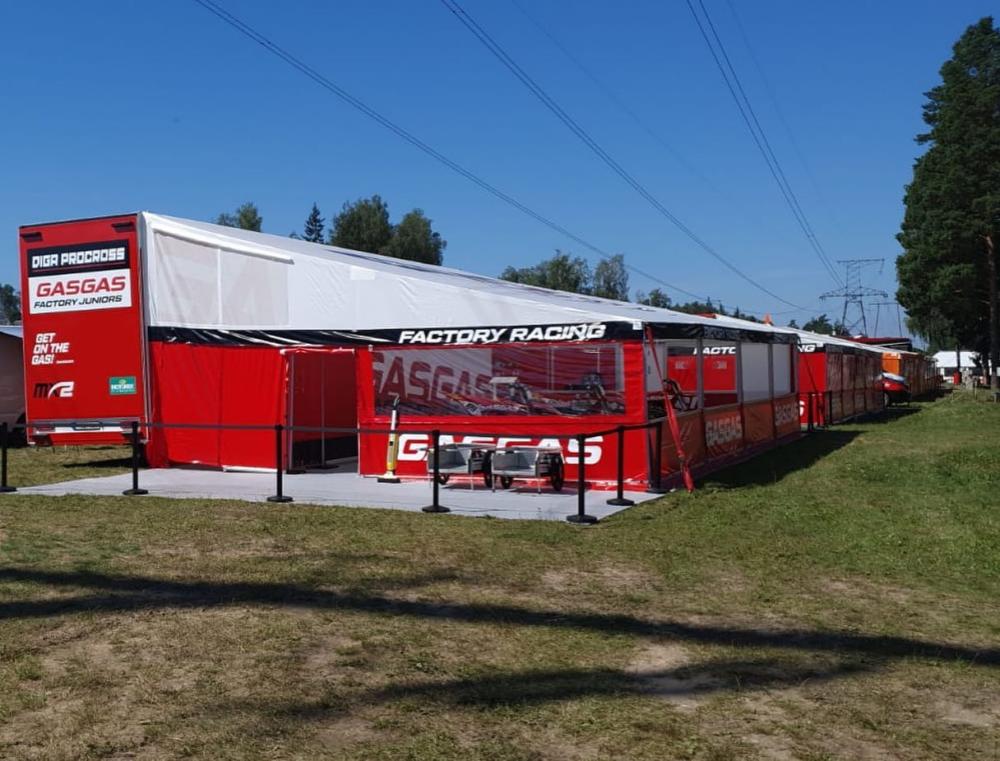 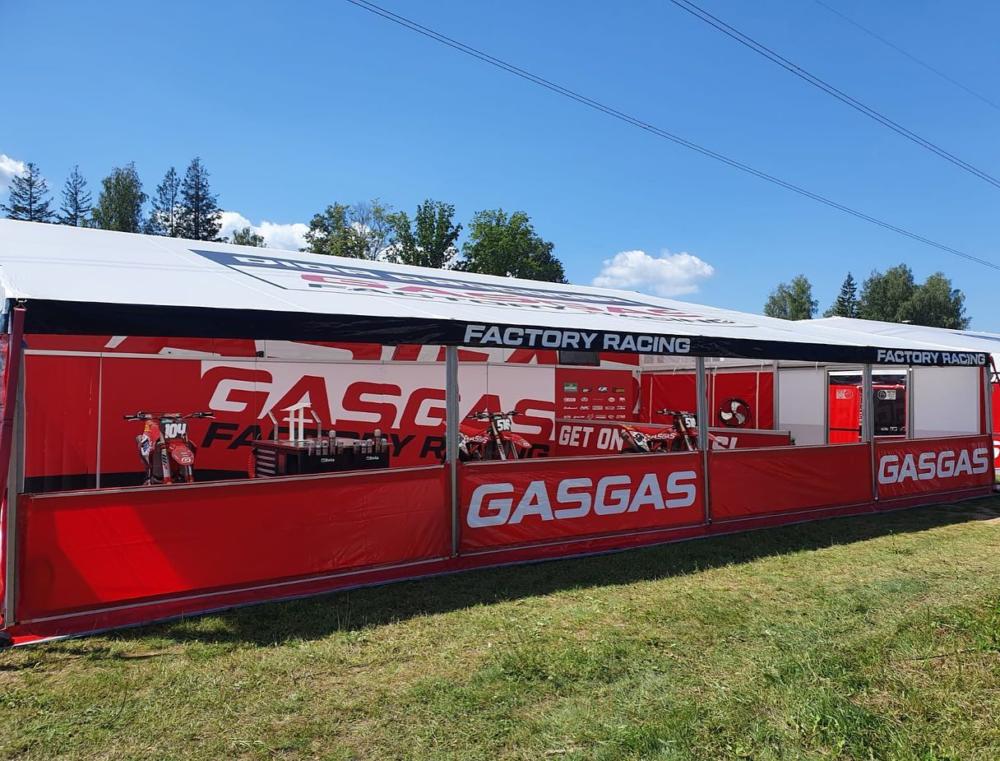