Nelson OUT but Barcia IN for Houston supercross! 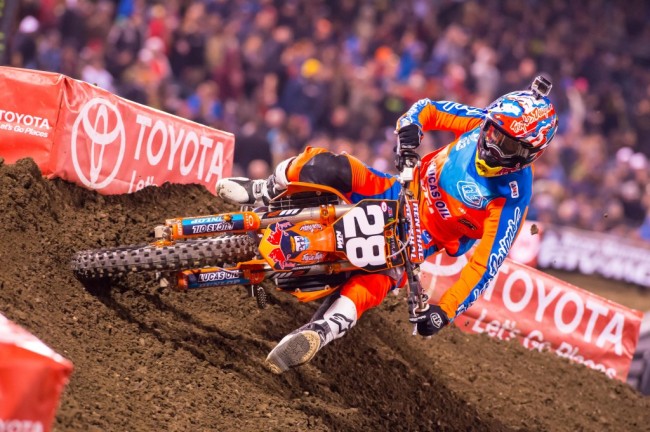 Jessy Nelson won’t compete in the remainder of the supercross series after a heavy fall at Glen Helen testing for outdoors.

He hasn’t broken any bones,  but it is a bitter blow for Nelson who was sitting second in the 250 West championship and was having the best season of his career. Nelson is clearly looking at the long term and doesn’t want to jeopardize his health.

“It’s definitely tough to make that call, especially when you are sitting second in points,” Jessy said of his decision. “I have good people around me and we all think the smart move is to take the time I need and line back up when I’m completely ready. I’m already looking forward to Hangtown.”

It leaves 250 West coast championship leader Cooper Webb with effectively a 32 point lead over Tyler Bowers who sits third in the series.

On a positive note Justin Barcia will make his comeback at Houston and hopefully the all action JGR Yamaha rider can inject some life into a series that seems to be going through the motions right now with so many injuries and no close points battles.