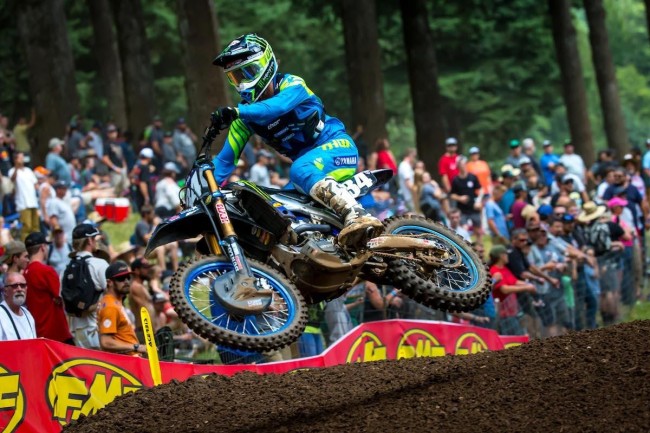 On the heels of its final off weekend of the 2019 season, the world’s most prestigious off-road motorcycle racing series returns to action from the sport’s most storied venue for Round 9 of the 12-race Lucas Oil Pro Motocross Championship, sanctioned by AMA Pro Racing. With time running out on this season’s title fights, this Saturday’s Circle K Unadilla Nationalfrom Central New York’s iconic Unadilla MX, in New Berlin, will serve as a fitting showcase for this summer’s third and final live broadcast on NBC, where reigning back-to-back 450 Class Champion Eli Tomac will attempt to capture his first win at the famed venue, and take another step towards a third straight title.

On Saturday, August 10, beginning at 1 p.m. PT / 4 p.m. ET, the biggest names in American motocross will bring the battle into millions of homes during 450 Class Moto 2 on NBC, where the deciding race of the afternoon will determine who emerges triumphant at legendary Unadilla, which is celebrating 50 years as the country’s most hallowed grounds of motocross.

Tomac’s search for a maiden Unadilla victory will certainly be met by a stiff challenge from the two most recent winners of this National – Red Bull KTM Factory Racing’s Marvin Musquinand Team Honda HRC’s Ken Roczen. This pair of international stars has served as Tomac’s fiercest rivals throughout the 2019 season, and given Unadilla’s distinction as a European-styled track, one could argue they’re the favorites entering Saturday’s race.

Musquin has won back-to-back years at Unadilla, and the track is certainly a favorite of the Frenchman as he’s enjoyed tremendous success there, including his first-ever win on U.S. soil back during the 2012 season. In three 450 Class starts, Musquin has yet to finish off the podium, and he already holds the distinction of being the most successful international rider in Unadilla history as he looks to become just the second rider in history to win three in a row.

Roczen emerged triumphant at Unadilla during his championship-winning 2016 season, and he’s riding a wave of momentum into Saturday’s race. The German has earned two wins thus far in 2019 and is coming off his best result in more than a month, which couldn’t come at a more opportune time as he looks to keep his hopes alive in the championship battle.

While he’s yet to stand atop the podium at Unadilla, Tomac is still a strong performer there, having secured three podium finishes in four 450 Class starts, including a runner-up finish last season. He carries a 50-point lead over Musquin into Saturday’s race, and enjoys a 57-point cushion over Roczen, which puts the pressure squarely on Tomac’s challengers to out-perform him.

These three riders, along with the likes of Cooper Webb, Jason Anderson, Zach Osborne, and New York native Justin Barcia will lay it all on the line for millions of viewers in homes across the country. Exclusive live broadcast coverage of 450 Class Moto 2 begins at 1 p.m. PT / 4 p.m. ET on NBC, and will be followed by an encore presentation of NBC Sports Network at 4 p.m. PT / 7 p.m. ET.