Naztke to return to racing this weekend? 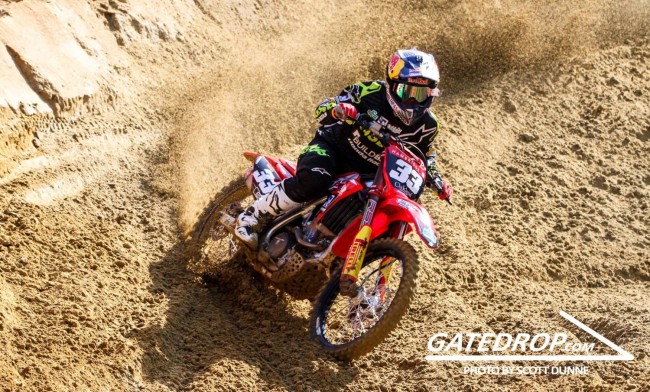 Round four of the MX National series heads to a new track this weekend in the form of Sherwood MX Park. Josiah Natzke is also set to compete this weekend as he looks set to make a return to racing from his recent injury.

Natzke suffered from a high speed crash at Desertmartin (pictured below) where he injured his thumb. He has been forced to sit out the last two rounds of the EMX250 Championship and drops to eleventh in that series.

However, the Hitachi KTM UK rider looks set to return to racing this weekend.

Kevin Daniels, the event manager, has confirmed to us that Natzke is going to attempt to race and make it through this weekend. “As I understand it, Josiah is going to have a go in the open practice on Saturday evening to see how he is”.

Hopefully Natzke feels okay on the bike and he can line up on Sunday for the main races.