Natzke to race MX2 this weekend! 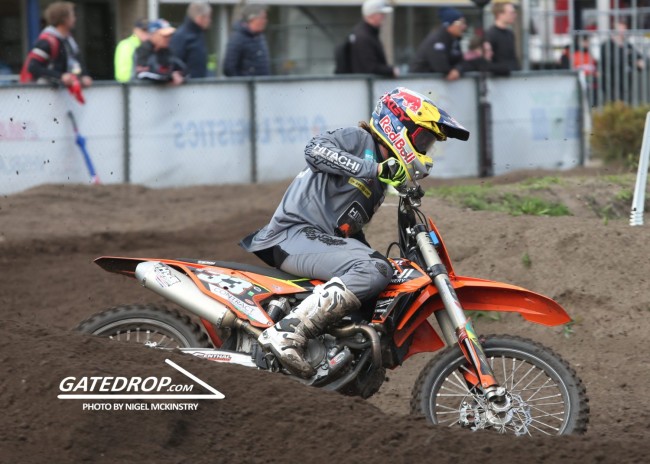 Even though the EMX250 Championship continues in Switzerland this weekend, Josiah Natzke has decided he will contest in the MX2 World Championship instead.

If Natzke performs well then there is a chance he could race the full series for the Hitachi KTM outfit in 2018 especially with Ben Watson being linked with a move away.

Josiah Natzke: “Pretty much there’s a few things coming into play. I missed 2 rounds of the EMX championship due to an injury so the championship is long gone, and there’s nothing in it for me unless I win so it’s a means to no end really. I really feel I could show myself off better in MX2 and that’s where I want to be eventually, EMX is a super gnarly class but it’s strange how we practice first thing Saturday and race is in the evening, then one race Sunday. I really don’t like that schedule and struggle a lot with that. Plus it’s super expensive getting to all these races, and when it’s coming out of your own pocket you want to get something out of it.

So ultimately this weekend I want to show really what I can do, results wise I don’t have expectation I just know that I can be fast so for the weekend I’ll see where that puts me. I’m looking forward to it though, MX2 is where I’ve wanted to be for a while and now I’ve got an opportunity to be in so I’m going to enjoy it !”