Nathan Watson to race the MXGP of Lommel 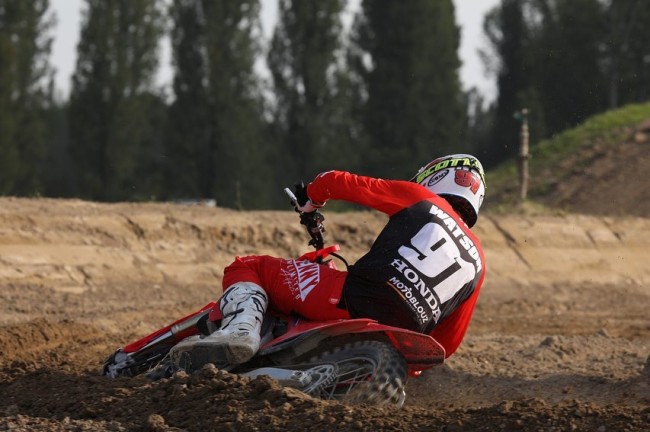 Along with his Brother Ben, Nathan Watson showed a lot of talent in the Motocross world at a young age and then in 2014 had the opportunity with the Factory Ice One Husqvarna team.

Watson had a good year and a half with the team posting some good results but then decided to make the switch to Enduro. Watson has recently signed a deal with the SR Honda team and is hoping to race more Motocross in 2021 and he’s decided to race the MXGP of Lommel this weekend to test the water.

With the exception of the Motocross Des Nations in Assen were he was impressive in the beach sand, it’s been a long time Watson has raced at this level but it will be nice to see and it means there’s another Brit in MXGP this weekend!

“I was supposed to have my first CFS beach race on Sunday but it was cancelled. The team asked me if I fancied doing the MXGP at Lommel for training, I was like 100%. I want to go racing after such a boring year. I’ve been on the Honda for about a month now, just purely prepping for the beach races”., Watson told GateDrop.

“No expectations, I’m just going to have fun. I probably won’t be having fun mid-way through second race (laughs). I am excited to be back on a MXGP start gate, I’ve been wanting to be back on it for a long time now! Thanks to my team for the hard work and for letting me do it”, concluded Watson.

Watson and the SR Honda team are fully focusing on the Le Touquet Beach race but then have no clear cut plans for another that – the young Brit clearly wants to race MXGP again but it remains to be seen if it will happen. But how cool would it be to see both Watson brothers race in MXGP?!