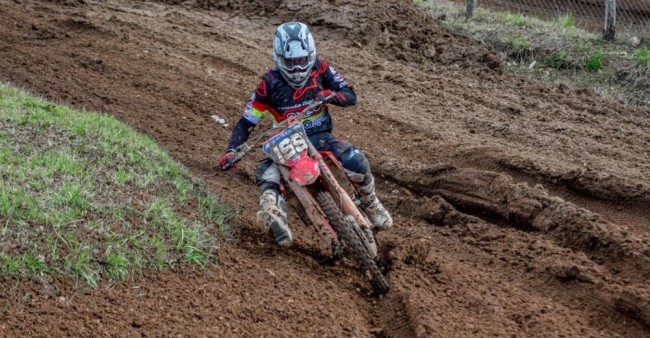 The 114 Honda Motorsports team are going into the 2020 season with an Aussie rider line up and Nathan Crawford had a good weekend at the Lacapelle Marival International in France. Crawford who has experience racing the 450cc and the 250cc is preparing for the MX2 World Championship in 2020.

When Aussie’s come to contest the World Championship there’s always an unknown factor but the latest generation of Aussie’s (Lawrence brothers, Mitch Evans, Jed Beaton to name a few) seem to be doing well and adapting well to the different type of tracks and cultures.

Crawford finished 7-3 in the moto’s at Lacapelle Marival for fifth overall which is a good result and preparation for the MX2 World Championship which kicks off at Matterley Basin.

“We are working hard as a team and it’s slowly coming together, positive day starts we’re great and felt good to race up the front with the guys, 7,3 moto scores today, small crash in moto one while fighting for position in the top 5. The pre season races are over, next stop – England. Thanks team”, Crawford stated.