Nagl OUT, Herlings IN for Sweden! 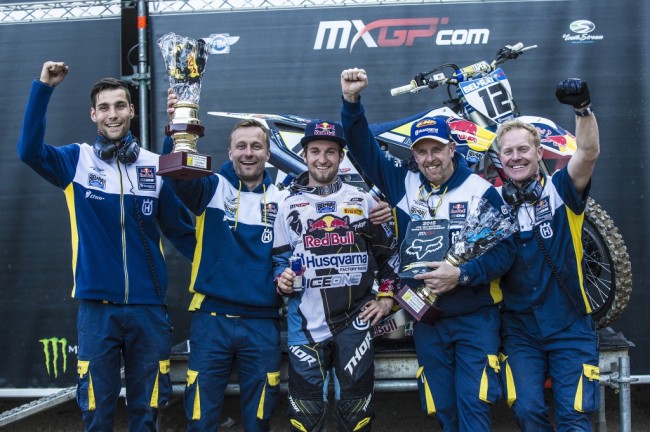 Poor Max Nagl will miss the next two GPs after his broken leg just wouldn’t heal fast enough to continue his title assault.

Nagl tried to ride this week but was in too much pain and he couldn’t hide his disappointment, saying: “”Words can’t describe just how disappointed I am about my MXGP championship campaign. But as everyone knows in motorsport injuries can quickly change things. I am working hard so that when I return I will be able to give a strong end to the season. I really wanted to race in Sweden but it is just too early. The support I have received from my fans all around the world has been amazing, so a huge thanks to them, the IceOne team and all our sponsors.”

It effectively leaves Nagl out of the championship hunt with Febvre and Cairoli the duo now most likely to take the title unless Gautier Paulin, 45 points back of Febvre, can put a late season run together on the HRC Honda!

It was a costly GP in Germany for Husky with Alex Tonkov being ruled out for the MX2 season after his crash while battling for the lead led to a shoulder injury.

In some positive news Jeffrey Herlings will try and race with his plated collarbone. Herlings has a 100 point lead but still wants to try and get some points to keep Gajser at bay in the points chase.

More good news for KTM is that Tommy Searle will be back on the line and hopefully can finally get his season underway after injuries have blighted the first half of his season. Fellow Brit Jake Nicholls will make his first GP of the season after his broken wrist in France back in February.

Swede Filip Bengtsson will also make his comeback this weekend, and hopes to impress in front of his home crowd on the 24 MX Honda.