MXoN Team Ireland – Who we would pick for Assen 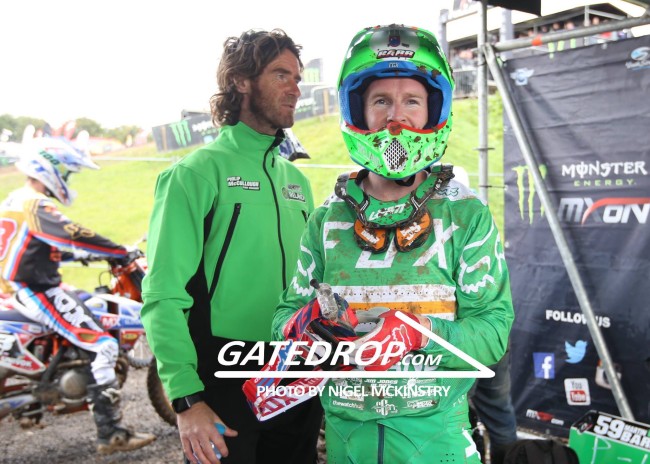 Andy McKinstry: The Irish Motocross Des Nations team is set to be official on Wednesday and Philip McCullough has some big calls to make. Just for a bit of fun we will pick our team so don’t be too hard on us!

It’s already been confirmed that Martin Barr will be with the team and that’s not exactly a surprise. However, I’d put him on the 450cc instead of the MX2 bike – if it’s possible to get him a bigger bike! Barr is fortunate enough to have raced at Assen in the past and I think he could do with the extra power from the 450cc for two reasons – it should help him get better starts and he’ll have extra power needed to get over the bumps.

So, you might be thinking, who would I put on the MX2 bike then? For me, it would be Glenn McCormick as he’s really stepped up his riding this year, just look at his results in England, they’ve been so much better than in the past.

That leaves one more spot and I’d give it to Jason Meara. After coming into the season with a serious wrist injury it honestly hasn’t affected him too much and he’s riding the 450cc really well.

Meara and McCormick might not have rode the Des Nations in the past but this year I’d trust in the youth. It will also give them experience for the future as you’d think they’ll get to represent Ireland many more times if things go to plan.

It’s a tough call to leave Stuart Edmonds and even Gary Gibson out. Both would be worthy of getting selected for the country, my reasoning is just to focus on the youth. Edmonds has rode at Assen in the past so that might be something McCullough will consider.

Anyway, no matter who is picked hopefully the Irish fans can get behind all three riders and hopefully the keyboard warriors won’t be out in full force!

Jonathan McCready: It’s a tough choice this year with the younger riders really stepping up in 2019! If you are going by British championship results then ideally Martin Barr, Glenn McCormick and Jason Meara would be the team as Glenn is ninth in the British MX2 championship, Barr fifth  and Jason Meara has had the best results in MX1, just ahead of Stuart Edmonds.

But you don’t want two riders on a 250! So it means either Martin Barr or Glenn McCormick would have to ride a bigger machine- and feel comfortable enough on it to compete at a huge event on a rough sand track!

That is probably the biggest issue right now and without seeing them race one, even in the Irish championship, or during an MXoN test day at Magilligan, it makes it a slightly more risky call. Could Glenn even go 350, which isn’t quite as big a step up? It would be interesting to see his lap times on one!

If you are sticking to a 450 rider for the third spot, that leaves Stuart Edmonds, currently 14th in MX1 as the probably the leading choice, he has Assen experience and has rediscovered some form recently.

John Meara is seriously knocking on the door though, and if it was hard pack, may well have got the nod over Edmonds.

Gary Gibson showed what he could do last year at Red Bud, and gets great starts but he hasn’t raced any of the local men all year and that makes it difficult to judge the speed, especially in the sand.

Two of any of the above have a right to be very disappointed if they don’t get picked. As of now without seeing Glenn or Martin race the bigger bike or knowing if that’s possible, I think I would go with Edmonds on the 450, thanks to his experience of racing Assen before along with Jason Meara and then Martin Barr on the 250.

But that means leaving out a guy top ten in the British championship and that seems incredibly harsh!