MXGP will go to Indonesia next season! 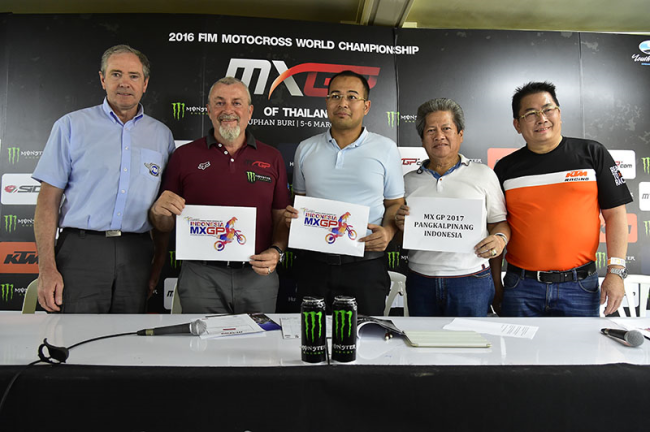 Youthstream President Mr. Giuseppe Luongo announced, “For the next three years there will be a MXGP in Indonesia, this is something we are very happy about, we have had some grand prix there in the past with great organization and many spectators so now Indonesia will come back strongly.”

The FIM Motocross World Championship has been to Indonesia four times in the past with the last time being back in 1997 in Bandung.