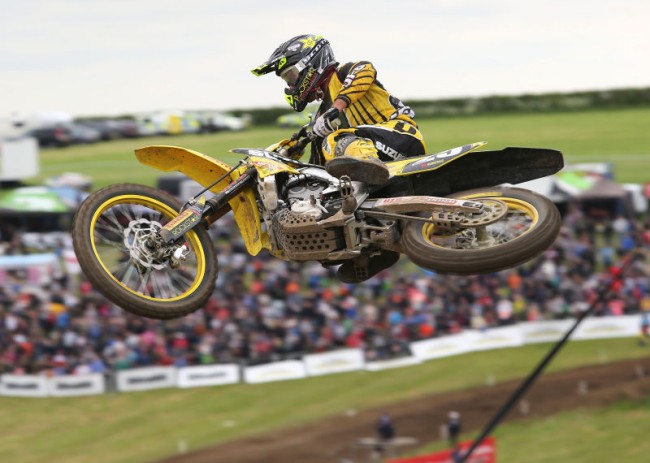 It’s around that time of the season when rumours start circulation around the MXGP paddock about who will end up were for the following season. In MXGP, Gautier Paulin, Max Nagl and Antonio Cairoli are all sorted for the 2016 season and will stay with their current teams.

Kawasaki Racing Team need to makes plan for the 2016 season and they have made Clement Desalle a priority signing for the 2016 season. Clement has an offer from them and it is thought that they might have already agreed a deal. It is a bold move from Clement to leave Suzuki, time will tell to see if it will work out for the Belgian and if Monster can finally win an MXGP title! Jordi Tixier has also been touted as Clement Desalles team mate – a very strong team for KRT if it happens.

What does this mean for Suzuki? It is thought that they want to sign Jeremy Van Horebeek to partner Kevin Strijbos in an all Belgian team. Yamaha might not want to let Jeremy leave though as it seems that Valentin Guillod will stay with Standing Construct for his rookie MXGP season. You would think Yamaha will try to keep Jeremy as Febvres (Febvre has just signed a contract extension with Yamaha) team mate. However, if Jeremy does leave then Shaun Simpson could possibly end up at Factory Yamaha. Shaun and Yamaha had talks before the 2015 season but a move never materialised. However, KRT have also shown an interest in Shaun so if Clement doesn’t end up going then that could still be a possibility for Shaun.

In MX2 the big rumour seems to be that Max Anstie will leave Dixon Kawasaki as he has an offer from Husqvarna to partner Alexander Tonkov for the 2016 season. It will be Max’s last season in MX2 so he will need strong results to get a good MXGP ride for 2017.

What does this mean for Dixon? Maxime Desprey could be a perfect fit as he will be looking a ride in MX2 next year and he has been on the team before. Dixon seems to have shown an interest in Russian rider Vsevolod Brylyakov as he has shown good speed this season on-board his JTech Honda. Monster also want Darian Sarayei to have a go at the GP’s so if he chooses to come to the series it is mostly likely to be Dixon Kawasaki after he rode the EMX250 round at Matterley Basin with the team.

It is expected that Kemea Yamaha will keep the rider line up that they have with Beniot Paturel and Brent Van Doninck – an exciting team. This means that Damon Graulus will be looking a ride as he wants a GP ride which could allow the team to keep Maxime Renaux in the EMX250 class.

Brian Bogers has had a strong season so he will also be on a lot of teams shopping lists, the Dutch rider could be a revelation in 2016. It will also be interesting to see the riders that move up from the EMX250 class – David Herbreteau and Alvin Ostlund among others could make the step up to the class. Davy Pootjes will ride in MX2 for the rest of the 2015 season so will be another addition in MX2 in 2016 as well as Adam Sterry who has already signed to ride MX2 next year.