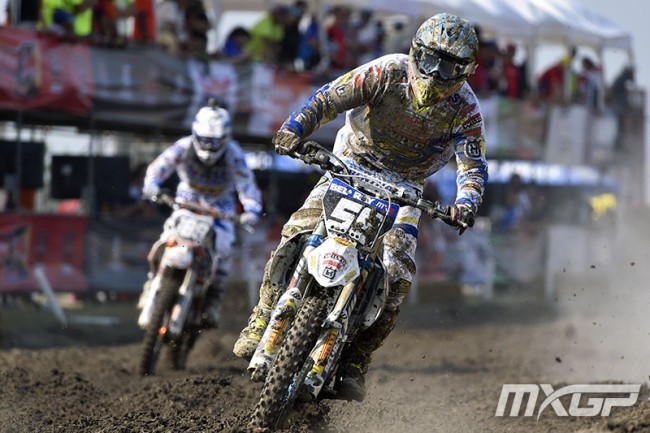 Last week we reported the rumour that Tonkov could be set for Factory KTM as Herlings could move to the MXGP class. It now appears that this is no longer the case.

After losing some races and with his latest injury, Jeffrey hasn’t decided what to do for next year yet but it is very likely that he will now stay in MX2 with Pauls Jonass and Davy Pootjes as his team mates.

As for Tonkov, it appears he will be on the move but not to the factory KTM team. He was seen going in and out of the awning of Standing Construct Yamaha during the last GP in Germany. It appears he could be set on that move to be Liebers team mate. It also is likely that Guillod will stay with Standing Construct but on a 450 and in the MXGP class. That is a very strong team if it happens.

As for Jacky Martens Husqvarna team it looks as though he will have two riders in MX2 in 2016. Max Anstie is set to move there and it is thought that Jacky wants to sign American, Thomas Covington as his team mate.

Monster Energy Kawasaki will keep Dylan Ferrandis and Petar Petrov for the 2016 season. They will either sign another rider or promote David Herbreteau to MX2 – he has already signed a contract to ride MX2 with the team in the future and it could be as soon as 2016.

It also appears MXGP rookie Glenn Coldenhoff may be looking for an MXGP ride next season but he has shown flashes of what he can do on the 450, so should land somewhere.

We will keep you updated as we hear more rumours but things tend to change quickly in this sport so we will have to wait and see if these rumours end up happening, time will tell!