MXGP – the last 5 weeks of a golden era? 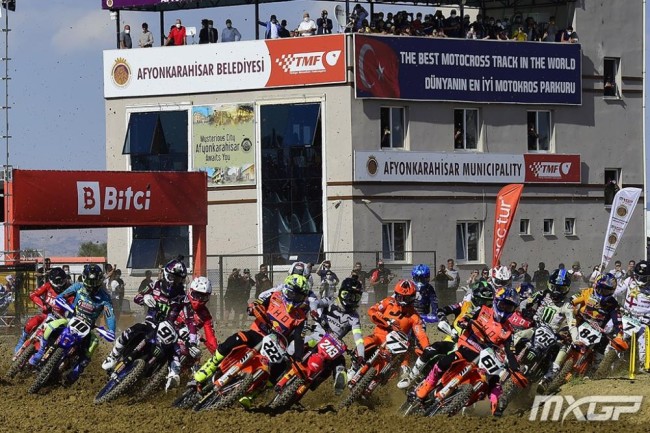 This is a time to cherish for any motocross fan. For the next 5 weeks, the world championship will be contested over 8 Grand Prix by five riders, 45 points apart and four riders only 12 points apart as Tony Cairoli for the last time in his glorious career will be part of the current “big five going for the MXGP world championship.”

Still injured despite winning that magical MXoN last weekend, Cairoli, at 45 points back will probably need a bit of luck now, but crucially he still has a chance to win it at 36 years old and still has the speed to mix it with the latest generation/

Great eras usually coincide with the young generation moving up and still racing the older generation when they are in their prime. Cairoli has managed to be in his prime for a lot longer than many imagined, including probably the bosses at KTM! The Italian is a throwback to the Everts/Stewart/Carmichael era and has spanned the generations. Back then, in the mid-2000s, Cairoli was the young, aggressive MX2 star coming through and they were the experienced veterans still on top but now he is the veteran with the end in sight as the likes of Prado and Vialle and even Liam Everts come through. Unbelievably, Cairoli has now raced a father and son in Liam and Stefan Everts at a MXoN, 15 years apart!

Added to that it is unusual for five riders to even be in contention for a world title at this point in the series but, somehow, despite what happned to Herlings, Gajser and Cairoli, everyone still has a shot at it. And now it really is time to rise under the pressure of a world title opportunity.

These next eight Grand Prix, with a triple header included, mean no mistakes are really allowed now. One injury no matter how small could knock you straight out of contention – yet this is also the time you have to be on your A game to get those important race wins and podium to ensure you are the one with the red plate at the end!

It’s a fine line and a balancing act everyone has been trying to find all year – and now it’s going to be harder than ever to walk that tight rope amidst the pressure, intensity and the opportunity to be world champion right in front of them. This is what they all work for and visual in the winter training, it’s why Gajser and Herlings have ridden with broken bones already this season. They want, more than anything else to be MXGP world champion it’s the pinnacle of the sport and now it’s their time to shine, ride to their potential and be the one to lift that trophy in early November.

And it is the last time we will ever see the legend, Antonio Cairoli, involved in a world title scrap and fighting with the younger generation 10 to 15 years his junior week-in, week-out. Enjoy the end of a magnificent era of MXGP with five gladiators entering the coliseum together for thee final time. This will be historic.