MXGP Riders to watch in Loket! 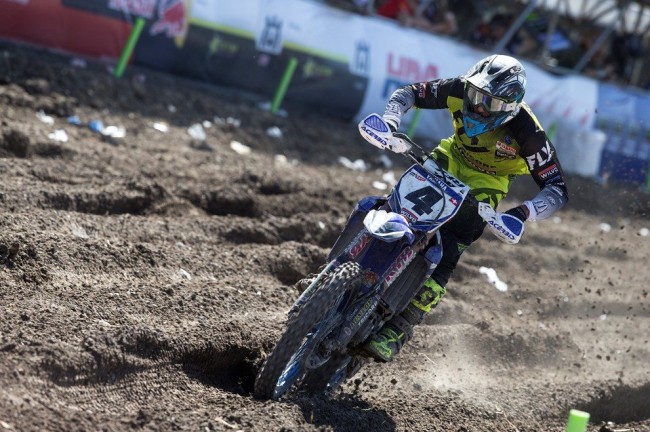 A unique track that traditionally suits hard-pack specialists, the slick, hillside circuit in Loket might just be one of the few rounds left that will see the Herlings/Cairoli stranglehold broken or at least challenged in MXGP!

Tony Cairoli has openly said he doesn’t particularly like the circuit and Herlings of course dislocated his hip there two seasons ago in MX2.

But who could step up and have one of their best rides of the season?

1. Tim Gajser – The main man for HRC caught the injury bug this season but Loket represents the best chance for Gajser to show his old form since his string of crashes and injuries from Latvia! One of the most single-minded and determined riders in the class, Gajser firmly believes he should be in the Cairoli/ Herlings battle at the front of MXGP, and after a steady day in Portugal plus two weeks off to get back in shape, Gajser’s hard pack skills along with his quick starts should mean he is big a threat this weekend.

2. Arnaud Tonus – Arnaud Tonus has the stuff to be a podium threat in Loket and even nab a moto win as his rides in Arco and a dry Russia earlier in the season have proven. Tonus has the best riding style since Stefan Everts in MXGP and has so much talent and technique, but whether it is bad luck or injury, the smiling Swiss never seems to be able to get momentum on his side to show fulfil his potential. Tonus’ 2017 has been a good one overall, sparkling at times with with flashes of brilliance but also held back by the aforementioned bad luck. Loket is the type of circuit Tonus’ talent can really shine and if he gets the starts he could mix it up at the sharp end, especially riding the 2018 450 Yamaha.

3. Romain Febvre – We are still waiting for the Romain Febvre of 2015, but the friendly Frenchman has been a lot better recently. You feel he is still missing that small final piece to really challenge for the win but it isn’t for a lack of trying. Like always Febvre needs a start but if he’s feeling good, no-one can turn a bike with no ruts like the Frenchman and that is exactly the type of skills suited to Loket. If Romain can find the feeling or the confidence he should be a contender for a podium at least this weekend.

4. Kevin Strijbos – Yes, Kevin Strijbos! The Suzuki man is just back from injury but showed top ten speed in Portugal before injuring his back. Strijbos has so much natural talent and is fighting for a ride for 2018. When Kevin is motivated and his back is against the wall he usually finds some top performances, he also historically rides really well at Loket. With two good starts Strijbos could well be battling for a top five.

5. Jeremy Van Horebeek – Always close but never the winner has been the story of the season for Jeremy Van Horebeek who has ridden very well all year but never quite got the moto win his riding has probably deserved. Van Horebeek took his only MXGP win at Loket back in 2014 and his smooth style combined with excellent throttle control always works well on a track like Loket where patience is key. Van Horebeek has all the talent he needs to win, he just needs to put it all together. Loket will be one of his best chances all year to grab that elusive win.