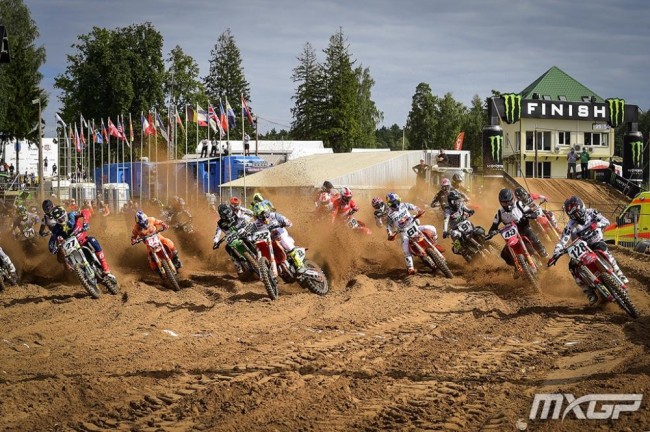 It seems like a yearly statement: MXGP is ‘more competitive than ever’. But after Jeffrey Herlings’ 2018 domination rang an alarm bell for racers to hike their speed and intensity even further upwards, is 2020 a new peak? Perhaps the five-month spell without racing clouded the calibre of the premier class somewhat. After all, there were no new entrants to the three Grands Prix in Latvia last week compared to the first two rounds at the beginning of the season.

However, from the 35 riders that took to the gate for the initial Latvian GP, 19 had Grand Prix winning experience and 28 had demonstrated the speed and acumen necessary to stand on a podium. There were six different world championship winners in the pack and another one on the sidelines.

Herlings should have routed 2020 Latvia, having taken five of the last six motos in the three previous years at Kegums. But the lingering effects of a training crash concussion and indifferent starts opened the door for others to snipe away at podium contention and there was some fantastic action through the week: the battle for sixth place (!) between five factory bikes in the first moto of the second GP was the highlight.

“The speed seems to increase every year,” assessed Herlings. “I watch back some [old] races and there are some motos that are won by a minute or half-a-minute and there are big gaps. Now everybody is so competitive. I think with money coming into the industry there is more development, more trainers and I think that’s why the speed is getting higher and higher and everybody wants to win.” Three of the motos in Latvia were won by less than two seconds.

“Looking at the races twenty years ago, even ten, and there is a world of difference,” he added. “I don’t think it has ever been as competitive as it is now. If you see how many race winners and championships are racing in the class; it is unbelievable and even if you are pushing for 15th place then you still have a serious battle on your hands. It’s pretty special.” 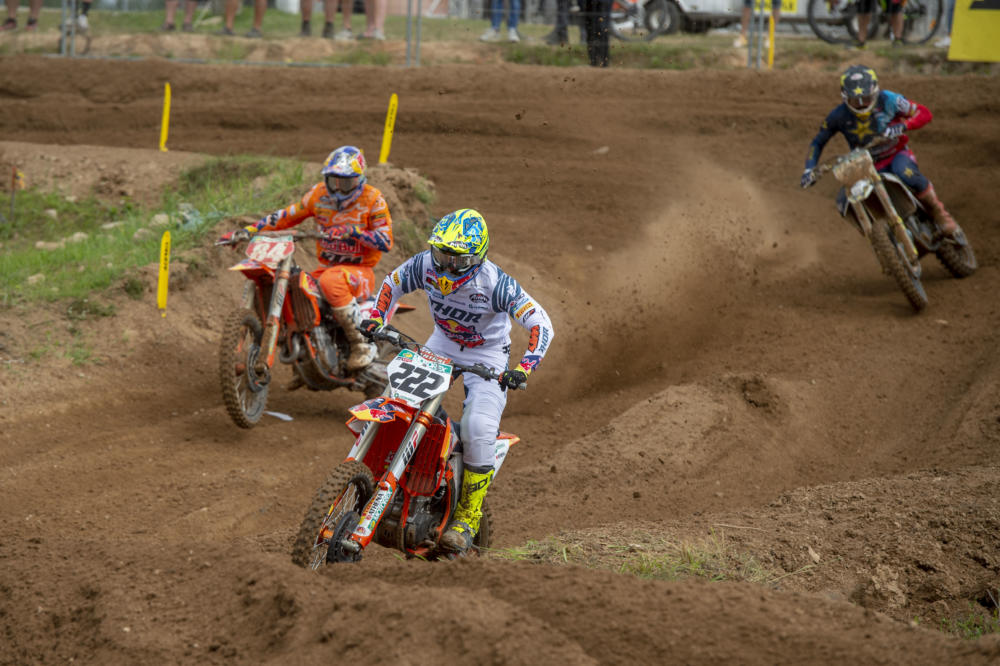 2019 championship runner-up, Monster Energy Yamaha’s Jeremy Seewer, (one of the seven who took away a trophy from the Kegums week) says the climbing rate of pace has a lot to do with the analytical and almost obsessive mannerisms of the riders funnelling into MXGP. “If someone is ‘there’ – like Jeffrey in the past or Tim Gajser – then we are watching, we are not sleeping!” the Swiss states. “We are analysing videos, we check the riders for what they are doing differently and we try to adapt and catch-up. That’s how it goes and that’s why the level increases and increases. We’ll see how far it goes in the future. Somewhere there has to be a limit but for the moment it is going up.”

Although the rich health of MXGP is (sadly) often a temporary highlight as injury often batters the entry lists, there are other factors involved in the maintenance of the high standard. One of which is the unpopular 23-age rule for MX2 that pumps athletes into the next stage of Grand Prix regardless of their rate of development.

A dangerous consequence of excellence is also a lack of interest by teams in MXGP; those that recognise the investment and dedication needed to grasp success is increasingly more unfeasible or worthwhile. It forces a ‘natural selection’ among riders and those who were previously able to still offer something to the division now find their tenures are shorter, more pressurised and potentially underpaid as the teams have greater choice to suit their ambitions or markets.

While some team bosses will cite the cost of electronics as a requirement to consistently compete against the thirteen factory bikes, nine-times world champion Tony Cairoli believes the standard of production 450s is another reason why MXGP lap-times are so fiercely contested.

“It is just my opinion, but I think the bikes are at such a high level now and everybody is so fast,” the Red Bull KTM man says. “If you see a couple of years ago the guys who were fast were using technique and they were fit. Now with bike development if you watch regional or national races people are doing things that ten or fifteen years you wouldn’t even think about. I think it will get faster and faster because the development of the bikes. I would not say for everybody…but a lot of people can go faster now than they could before when technique or training [made the difference].”