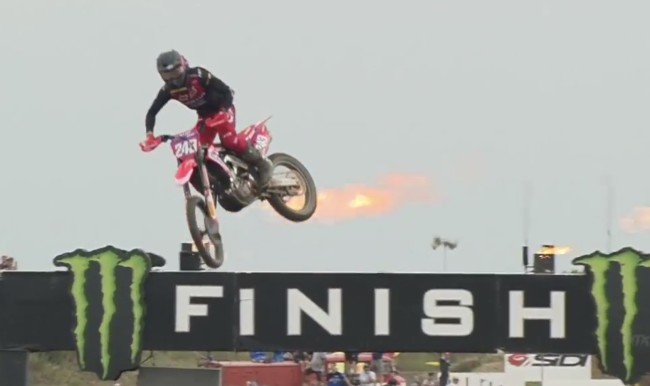 Tim Gajser took the holeshot and ran away from the field as he left the battle behind him for the podium places!

Romain Febvre got cross-rutted on a straight and lost several positions on lap one as Jeremy Seewer inherited second and stayed there despite a lot of pressure from a hard charging Glenn Coldenhoff who worked up to third ahead of Gautier Paulin and Romain Febvre who caught the battle for he podium.

In MX2 it was Jorge Prado with the win but the Spaniard admitted he didn’t have a good feeling with the track as Thomas Kjer Olsen chased him over the line in second with strong ride for Mitch Evans in third.

Henri Jacobi stormed through the pack with some great cheers from the home crowd for fourth with young Frenchman Brian Moreau showing what he can do in fifth.