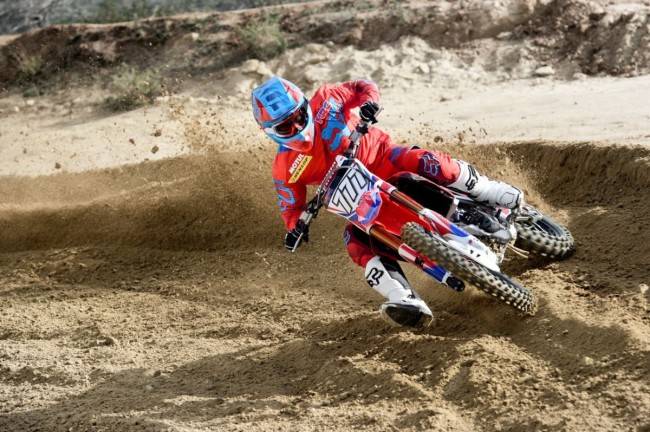 What a race in MXGP! It was the dream start for the fans with AC and RV coming out 1-2. Cairoli eeked out a small lead of a 1.5 seconds over Villopoto before Paulin put Villopoto down to third. Meanwhile Desalle and Van Horebeek, who were on fire in practice, both suffered bad starts and crashes at the beginning of the race. Van Horebeek got up to 19th and championship leader Desalle got back to 22nd to give themselves half a chance tomorrow of a good start.

If Van Horebeek and Desalle can get away with the front runnners tomorrow there could be seven or eight guys that could win!

It was business as usual for Jeffrey Herlings after he got by early leader Alex Tonkov to run away with the MX2 race. Herlings controlled the race as Gajser showed some form again to work his way into second. Jordi Tixier made his return to the series after his ban for a good third with Ferrandis in fourth. The fastest four riders in the class go to the gate 1 through 4  tomorrow but can anyone really run with Herlings?!