MXGP of USA: The Preview! 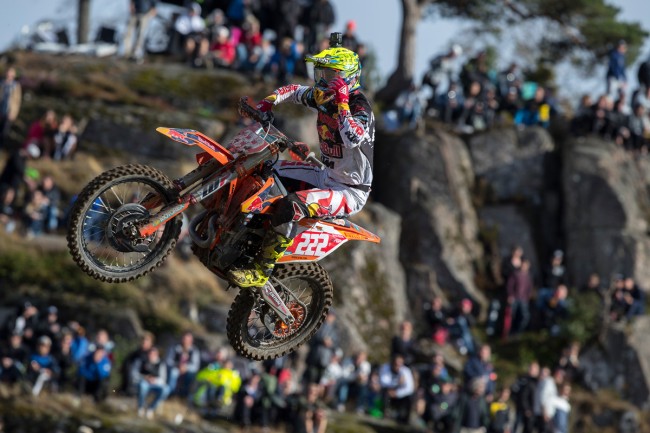 MXGP is ready for the 17th round of the FIM Motocross World Championship as it crosses the Atlantic in a visit to the United States and the sunshine state of Florida. The Monster Energy MXGP of USA will take place this weekend, 2nd and 3rd September at the WW Motocross Park in Jacksonville, Florida for the first time ever.

The circuit known as the best in Florida is ready and excited to host its first world class event. The 1,675 meter track was built by Dream Traxx on 149 acres and opened November 2013. While Florida has a long motocross history, WW Motocross park is ready to make its own this weekend.

Tomac’s European counterpart Monster Energy Kawasaki Racing Team’s Clement Desalle is 4rd in the MXGP championship. Statistically either Desalle or 3rd place holder Rockstar Energy Husqvarna Factory Racing’s Gautier Paulin could still win the title but the odds are against then as they essentially would need Herlings and Cairoli to have multiple scoreless races. Nevertheless both are always hard charger and potential overall winners.

Team HRC’s Tim Gajser may be out the championship chase but the 2016 champ is looking to take the momentum of his last overall win in Sweden with him into the US. Now 178 points off the lead Gajser is simply searching for race wins and a strong finish to the season.

While the American rider Monster Energy Yamalube Chaparall Factory Yamaha’s Cooper Webb’s last world championship race was in MX2 at the Monster Energy MXGP of Americas where he took the overall, Monster Energy Yamaha Factory MXGP’s Romain Febvre, the 2015 MXGP Champion, has had a challenging season but made a return to the podium at the MXGP of Sweden, his first in 2017. Febvre who won the MXGP of USA in 2015 is striving to stand on the box once again.

In MX2 points leader Red Bull KTM Factory Racing’s Pauls Jonass is still fighting Team Suzuki World MX2’s Jeremy Seewer for the title. Seewer won the last stop 2 weeks ago in Sweden but will need some luck to recover from his points deficit if he wants to claim the MX2 World Championship.

American MX2 riders Monster Energy DRT Kawasaki’s Darian Sanayei and Rockstar Energy Husqvarna Factory Racing’s Thomas Covington will be ones to keep an eye on at was it the only home GP this season. Both Sanayei and Covington were impressive at the last MXGP in Sweden. The pair of world championship riders will be joined by fellow American motocross racers from the Monster Energy Kawasaki Pro Circuit Racing team Justin Hill, Adam Cianciarulo, and Joey Savatgy.

Frenchman and Kemea Yamaha Official MX Team’s Benoit Paturel holds down third in the Championship and is not one to underestimate, especially if he can get solid starts. It is also important to not forget that this is the first of his final few races in MX2.

Rockstar Energy Husqvarna Factory Racing’s Thomas Kjer Olsen continues his strong rookie season sitting fourth in the championship only 7 points back of Paturel. Olsen hasn’t seen the same success as earlier in the season lately but perhaps this trip across the Atlantic may inspire another top result.

The final rider to mention is LRT KTM’s Julien Lieber, the Belgian has struggled the last rounds with crashes but was running well before each. Signed to the Monster Energy Kawasaki MXGP team for 2018 his future is bright but right now he remains focused on the task at hand, this weekend Monster Energy MXGP of USA.