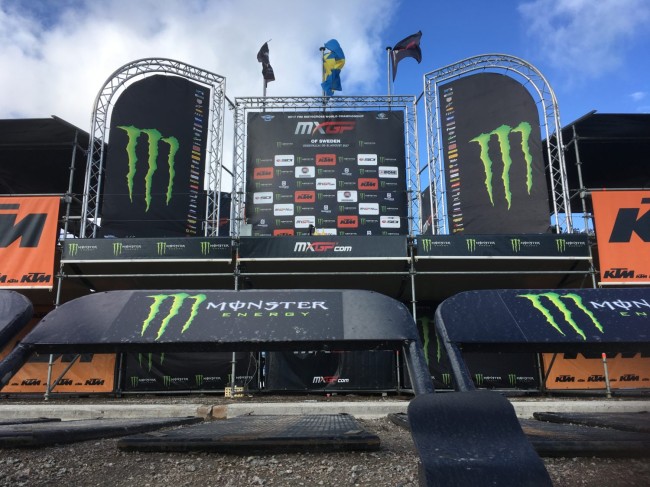 Meanwhile Jeremy Seewer came through the field again from outside the top five to nab second on the last lap over a disappointed Sanayei who ride brilliantly for third, with both closing right up to the back wheel of Jonass on the last lap.

Jeffrey Herlings got away in the top five and hunted down race leader Romain Febvre to pass the Frenchman with two laps to go. But Febvre wasn’t done and stuck to the back wheel of the Dutchman but couldn’t make the move as Herlings took the win.

In the battle of the comeback Brits, Simpson passed Searle on the final lap for ninth!