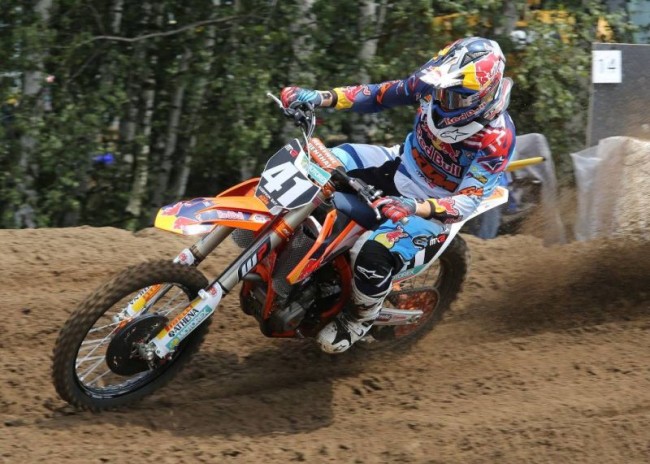 Pauls Jonass won a tough battle with teammate Jorge Prado to take a huge win for the championship.

Mewse took the holeshot and lead the first few laps with prado close behind. Prado eventually made his move 10 minutes in. The Brit seemed to tire after huge efforts in the qualifying race and race one, but has shown his big potential this weekend at Assen. Seewer fought through from a mediocre start to catch Prado the last couple of laps but the young SPaniard just manage to hold him off. Jonass struggled after a bad start and failed to clinch the title today so to the final round it goes.