MXGP heads to Teutschenthal for Round 10 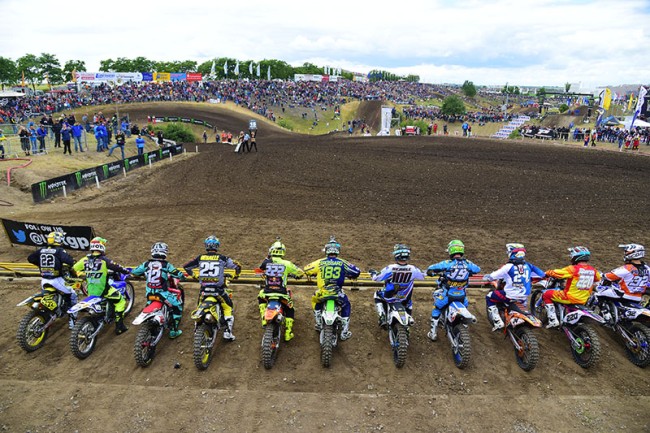 This weekend marks the tenth round of the FIM Motocross World Championship which will take place at the same venue that took the world by storm back in 2013 with their epic edition of the Monster Energy FIM Motocross of Nations, Teutschenthal, Germany.

Needless to say, most eyes will be on the MXGP red plate holder, Red Bull IceOne Husqvarna Factory Racing’s German rider, Max Nagl, who after a rough weekend in the slop of Maggiora at MXGP of Italy, will be aiming to throw himself back into the winners circle and possibly be the second ever German to win a home grand prix.

The only German to have won a German grand prix was Ken Roczen and he has done so twice, once in 2009 and then again in 2011. In terms of the super gnarly track, which can only be described as old school with a modern flare, the first grand prix to take place here was back in 1971 where Belgian great Joel Robert was victorious.

The fifth rounds of the FIM Women’s Motocross World Championship and European Championship EMX250 will also take place as will the third round of the EMX150.

Now, Romain Febvre. Yamaha Factory Racing Yamalube’s new superstar has definitely made himself a title threat. Febvre is completely on his game at the moment while the other three at the sharp end of the points standings, Max Nagl, Antonio Cairoli and Clement Desalle, have been going through the ringer with problems and injuries.

Rockstar Energy Suzuki World MXGP’s Kevin Strijbos just took a shot of confidence last weekend. On his first race back after battling an ongoing thumb and wrist injury ‘The Kid’ lined up in Maggiora and whipped out an incredible race win which landed him straight on the podium.

Another new kid on the block, Red Bull IceOne Husqvarna Factory Racing’s Todd Waters, has to be one of the most determined and willing to learn riders in the paddock. The young Australian was in the wars last year after being the victim of a freak accident while training, so this year is technically his first year in MXGP. After having his first taste of champagne last weekend, the Aussie mentioned in the press conference how hungry he is to taste it again and is looking forward to ‘pulling on those throttle cables’ at more rounds of the championship this year.

Another name that came out from under their shell was DP19 Yamaha Racing’s David Philippaerts. David’s performance last weekend was enough to make anyone smile, it has been a while since we have seen the former world champion challenge for a grand prix victory but last weekend he was on it.

As for the defending champ, Red Bull KTM Factory Racing’s Antonio Cairoli, he’s a bit battered and bruised at the moment after his crash while leading the qualifier at his home grand prix. Despite breaking his hand, the champ gritted through the pain eager to keep banking championship points. TC222 won’t be 100% this weekend, but given what he’s faced with, any performance is admirable.

Honda Gariboldi’s Tim Gajser said last weekend he has made a few changes to his program and is feeling like he is back on top of his game. After claiming his second grand prix victory of the season, it will be interesting to see if Tiga can repeat that performance on the choppiness of Teutschenthal this weekend.

Red Bull KTM Factory Racing’s Jeffrey Herlings proved last weekend he is willing to lose a battle to win the war, which is surprising for those of us who know Jeffrey Herlings, the kid who used to be the riding billboard of the pin it to win it strategy. Nevertheless, Jeffrey can never be counted out for the grand prix win, so we’ll be watching him.

Rockstar Energy Suzuki Europe’s Jeremy Seewer is also hungry for more podium performances. The rookie is just getting his feet wet in MX2 and can already be proud of the two podium finishes he has had this season.

Wilvo Nestaan Husqvarna Factory Racing’s Aleksandr Tonkov was so impressive in the first race last weekend with his holeshot and check-out performance. A little more work on his race smarts and the Russian could win some grand prix’.

The Yamaha riders, Kemea Yamaha Yamalube’s Brent Van Doninck had an epic ride for fifth at MXGP of Italy while the Swiss rider who is sitting second in the championship standings, Standing Construct Yamaha Yamalube’s Valentin Guillod had a shocker. No doubt Guillod will be back on form this weekend, ripping and whipping.